The Samsung Galaxy Note 9 will be revealed later this year. The South Korean tech giant is believed to have filed for the trademark already in Colombia. This is perhaps the first real document we have of the Galaxy Note 9. It’s something we already know and expect but as with any new flagship products, we’re curious about confirmation. Some OEM’s may skip models but Samsung will continue on with the name from Note 8 to Note 9.

This document also tells us Samsung will be busy in the next few months with the release of the Note 9 or the Galaxy S10 for next year. There’s still the Galaxy X which we’ve been anticipating for since the first time we heard of a foldable display on phones. 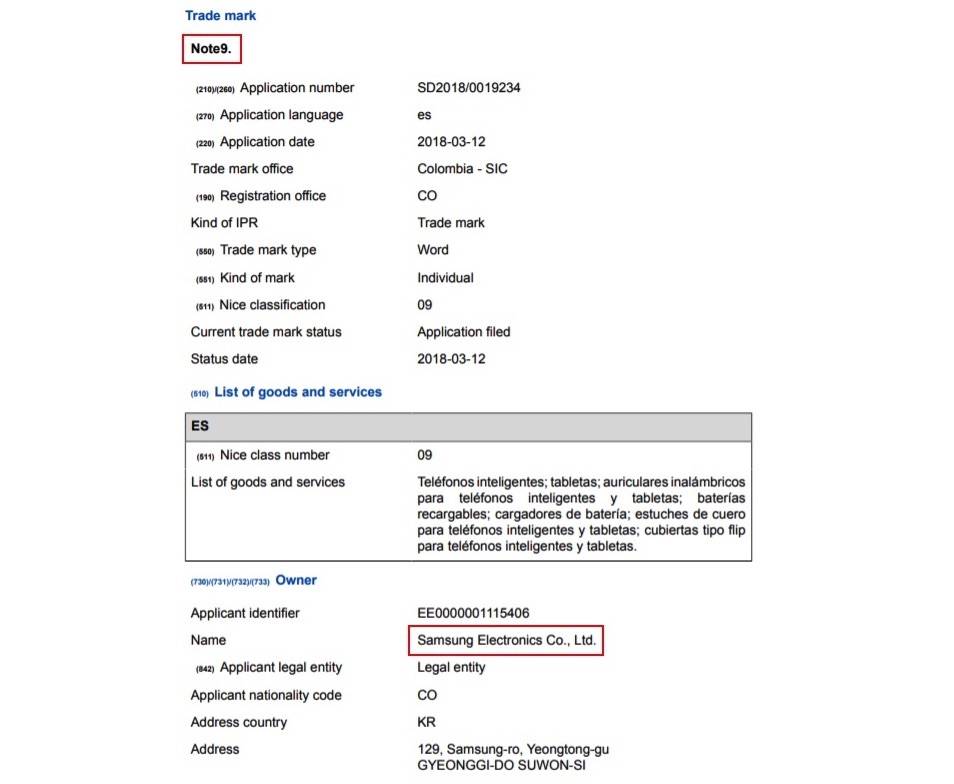 There’s no mention of release date but we’re assuming sometime in August and September, as by tradition. We are looking forward to that under-display optical fingerprint sensor, new and improved S-Pen, Bixby 2.0, and more. We’re also expecting the phone may have a 6.3-inch screen, 18.5:9 aspect ratio or higher, a dual-camera system that’s been reimagined like on the Samsung Galaxy S9, Snapdragon 845 or Exynos 9810 processor, 6GB RAM (or 8GB RAM), fingerprint scanner, and a massive battery.