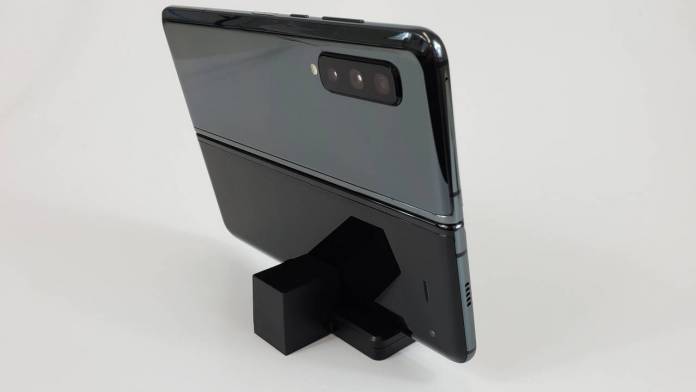 Before the Samsung Galaxy Fold 2 is officially unpacked, expect related information and images will be leaked. The South Korean tech giant is expected to make a major announcement sometime in August. It’s already been scheduled for August 20 but it will be an online-only event. There will be no physical Unpacked event for this year, no thanks to the global pandemic situation that has also pushed other companies to postpone, cancel, or delay product launches. Samsung may be the top Android phone maker today but it’s still not safe from the effects of the coronavirus.

Good thing no production is being delayed. The launch will just be online. It seems Samsung is almost ready with the upcoming Galaxy Note 20 series and the Galaxy Fold 2. There’s also the Galaxy Z Flip 5G and the Galaxy Watch 3 also rumored to be announced as well.

A lot of information has been shared already in the past few months. Just last week, we said the Galaxy Fold 2 may still come with two batteries and lower capacity. It will boast larger screens than the first-gen Galaxy Fold model.

So far, we’ve mentioned here the Samsung Galaxy Fold 2 will not have the S Pen stylus input. The device will still use the Ultra-Thin Glass. It will also be waterproof with an official IP rating. We can also look forward to the Galaxy Fold Lite variant and 256GB models.

The foldable phone will be released right on schedule. It may come with a triple rear camera setup at a lower price. That 120Hz screen and Infinity-V display may also be a possibility. Generally, we can look forward to big improvements over the 1st gen.

The Infinity-V display may also not happen because of the under-display camera but we know the technology is not ready yet. The latest detail we learned was that the Galaxy Fold 2 will have a 7.7-inch screen. There is no telling if that is the opened, unfolded main screen or if that is the front display in its folded state. The bezel is listed at only 3.8mm while the hole is 4.8mm. We’re assuming that is for the selfie camera.