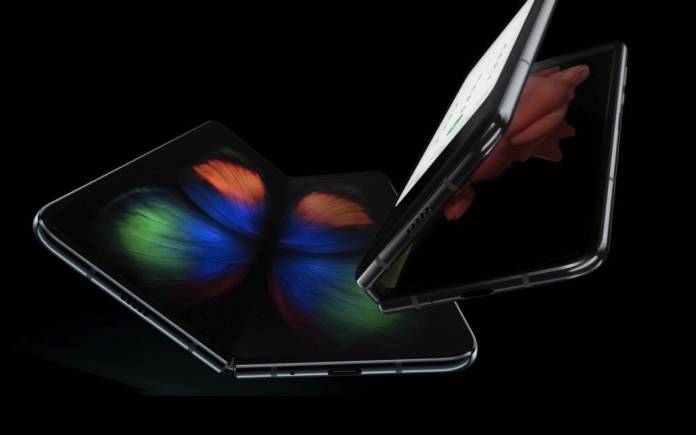 Several details have surfaced already beginning with the idea of a glass cover. It is also said to run on Snapdragon 855 although we’re hoping it will be Snapdragon 865 already or something faster. Some renders have surfaced showing big improvements over the first-gen.

We believe the idea the Samsung Galaxy Fold 2 may come with 120Hz screen and S Pen support. As noted last year, the Galaxy Fold 2 is expected to be more affordable than its predecessor. That lower price idea is heard again. That will be good news for Samsung fans who have been wanting to buy the expensive foldable phone.

The possibility of a lower price for the Samsung Galaxy Fold 2 is something many people want. A $100 off the price may be considered. How about a $1,800 Galaxy Fold 2? That may be more attractive next time.

A recent leak tells us the Samsung Galaxy Fold 2 may also come with a triple rear camera. The 2nd-gen Samsung foldable phone is said to feature a new triple camera system placed on the back. Camera specs will be improved from the previous model with 64MP, 16MP, and 12MP shooters with dual optical image stabilization (dual OIS). We’re assuming some of the sensors here are similar with those found on the Galaxy S20 and Galaxy S20+.

The Samsung Galaxy Note 11 may come with the Galaxy Fold 2. Just like last quarter when the Galaxy S20 series was introduced with the Galaxy Z Flip, people will be more confused as to what flagship phone to buy next from Samsung. There may be big changes from Samsung though like an online Unpacked event and the units to be manufactured being lessened, no thanks to the pandemic situation.