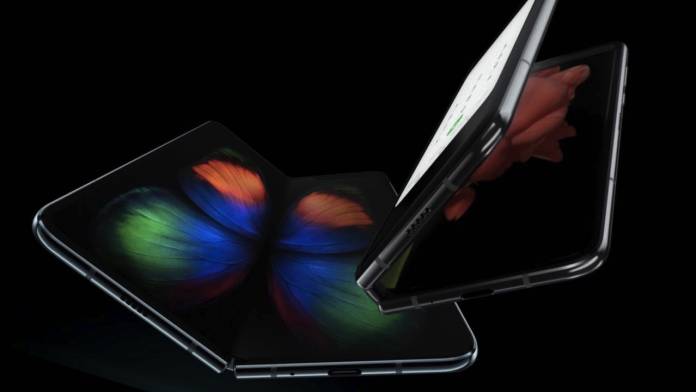 The 7.7-inch foldable Galaxy Fold 2 will have 5G capabilities and be powered by the Snapdragon 865 processor. The large screen will be an Infinity-O panel with the new age punch-hole camera for selfies. The phone codenamed SM-F916 might have the same camera module as the Galaxy S20+. We can expect to see the variable refresh rate for the flexible screen. It is also rumored to come in two color options – Black and Brown.

This is the more anticipated device of the two as it is going to bring the price point down to manageable limits for the buyer. Of course, there is going to be some cost-cutting to do that, still if it comes at $1,100 it’s a major achievement for Samsung. First up there is going to be only 4G connectivity according to a leak by Max Weinbach.

Galaxy Fold Lite is also going to miss out on the Ultra-Thin Glass (UTG) technology for the foldable display and have a plastic display instead. Also the display is going to be smaller than Galaxy Fold 2. The device is going to be made from a mixed inventory of 2018/19/20 parts. This also explains the color options – Mirror Black and Mirror Purple. More leaks can be expected to surface in the coming days for these phones. Since there is a speculated August launch date, the event could be an online reveal.