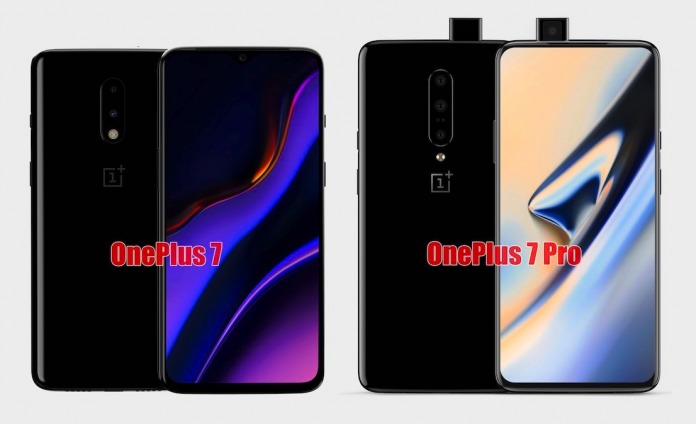 It’s here: the complete list of OnePlus 7 and OnePlus 7 Pro specs. Well, we’re not sure if it’s from OnePlus but we’ll get to confirm all the information two weeks from today. The Chinese OEM is launching the new phones in a special event in New York. We’re counting the days before OnePlus makes an impression once again with not just one but two smartphones. One phone will boast three rear cameras as per several features already. Expect more information to be further revealed in the coming days.

Interestingly, the battery is only 4000mAh on the Pro variant. There’s an in-display fingerprint sensor and an absentee notch because the selfie camera is hidden by a pop-up cam. The dual rear cameras include a 48 MP sensor plus telephoto lens. The triple camera setup adds an Ultra-wide sensor.

Check out the OnePlus 7 Pro camera zoom samples shown off earlier this week. See how the OnePlus 7 Pro’s OLED display is DisplayMate’s latest winner. The triple rear cameras have been teased and confirmed by several photos. 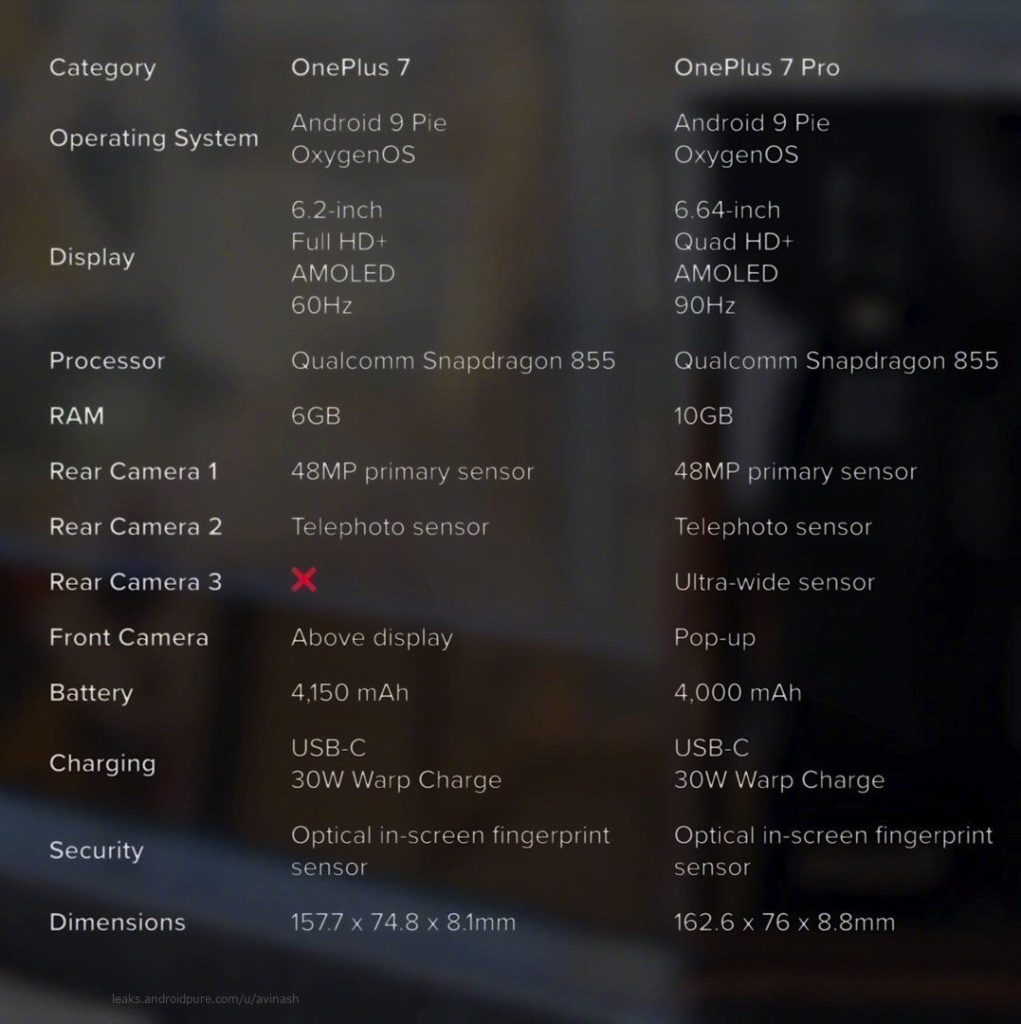 The OnePlus 7 Pro Cases from Olixar appeared on Mobile Fun. The phone will be really smooth and fast. It’s a flagship killer that will feature 5G connectivity sans wireless charging, notch or camera-hole. The OnePlus 7 Pro may cost more but not that expensive so let’s wait and see.