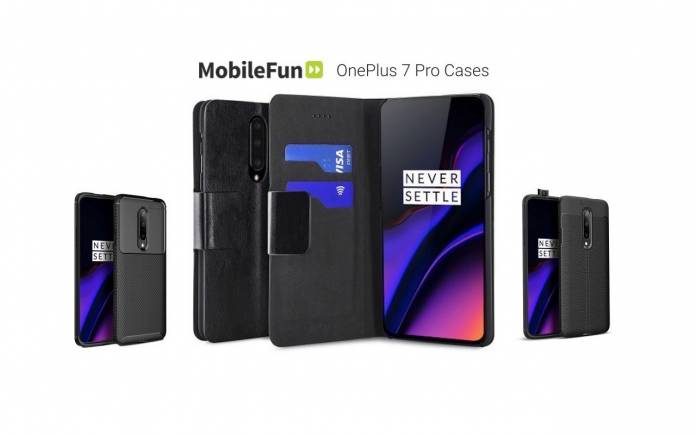 Mobile Fun listing protective phone cases and other accessories this early isn’t surprising at all. We’re actually impressed the company isn’t afraid to do so earlier–even before the OEMs make the official announcement. Any appearance on Mobile Fun usually means a device is almost ready and is bout to be unveiled. The OnePlus 7 is the next product from the Chinese OEM as we’ve been telling the Android community the past few days and weeks. Peta Lau himself shared the good news a new OnePlus device is about to be announced.

The OnePlus 7 will be released next month. It is expected to arrive with the OnePlus 7 Pro and a OnePlus 7 5G variant. The 5G support may be allowed by the Qualcomm Snapdragon 855 chipset.

A notch and a camera hole won’t be ready because it will have a pop-up selfie camera instead. We’re also not sure about the wireless charging yet, as well as, those 5G apps.

These phone cases from Olixar are only for the OnePlus 7 Pro. We’re expecting similar accessories will also be available for the regular OnePlus 7 device.

Several renders of the OnePlus 7 series have been presented to the public already. We’re more curious about the final specs and features more than the design. So far, we know the smartphone will come equipped with a 6.4-inch flat display, waterdrop notch selfie camera, and dual rear 48MP cameras. The Pro variant may arrive with a bigger 6.64-inch curved screen, pop-up selfie camera, and 48MP man + Telephoto + Ultra Wide lens (triple rear).