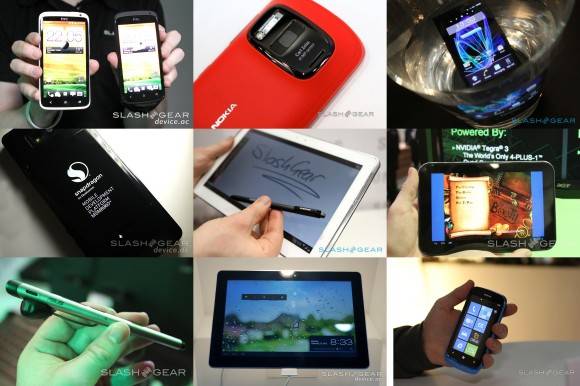 Our team has finally made the long trip back from Mobile World Congress that took place in Barcelona, Spain. And now that it has come to a close, it’s time to pull together anything and everything that went on since it kicked off. For 2012, CES proved to lack the innovation shown from its prior years, but we can’t say the same for MWC. This is your guide to every eyes-on, hands-on, review that went down in Barcelona!

There were many events during the week, but one of the first took place at the LG booth. There, we took a look at every one of their new devices . We saw the entire LG Optimus L-Style series, which included the L3, L5, and L7; these are all categorized as mid-range devices, but each has a vivid screen and slim, easy-to-hold profile. Next up we were able to get some hands-on time with the rather impressive LG Optimus 4X. It sports an NVIDIA Tegra 3 quad-core processor and a 4.7″ true IPS HD display. Just last year they released the worlds first dual-core device, and hopefully this one can live up to its name as well. The last two devices LG had to offer were the LG Optimus 3D Max and the LG Optimus Vu. The Optimus Vu is undoubtedly LG’s answer to Samsung’s Note, and offers a massive 5″ display. 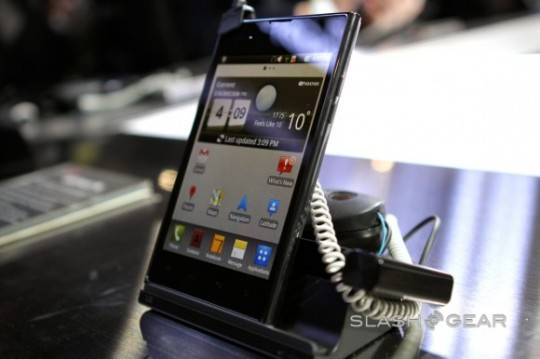 As for Sony, they unveiled a few new Xperia devices; we had confirmed their rumored specs a few days before launch, so there wasn’t much we didn’t already know. The Sony Xperia U and Xperia P both retained the transparent strip found on the Xperia S months ago at CES. In the hands-on you’ll notice the P’s strip doesn’t illuminate like the others. 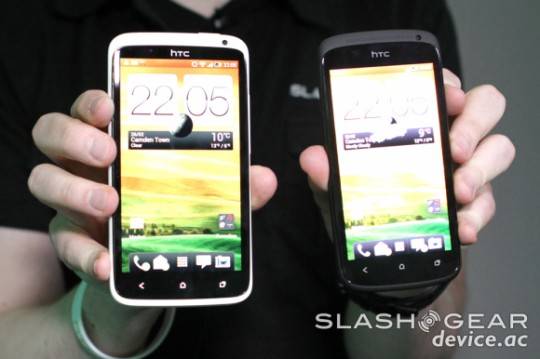 As much as any other manufacturer brought to the table, HTC’s event was most memorable. They unveiled their entire hero line of devices, each impressive when compared with other devices in its class. The entire line will take advantage of Beats Audio, HTC ImageSense, and a sleek aluminum unibody chassis. Their first device, the HTC One V, falls right under the mid-range tier. It featured the iconic “chin” many grew to know and love in the international version of the HTC Hero and the HTC Legend. And next we were presented with the HTC One S. There were actually two versions of this at the show; one was an international version and the other is headed to T-Mobile. This trended over to the HTC One X as well, as it had both an international version and an AT&T variant. Unlike the One S, the specifications of the One X was not identical to its international counterpart. It will instead sport a Qualcomm Snapdragon dual-core processor rather than the NVIDIA Tegra 3 quad-core. This is entirely due to the Tegra 3’s lack of compatibility with 4G LTE. Be sure to check out our hands-on for the HTC One V, the HTC One S, and HTC One X.

ViewSonic had their ViewPhone 4s at the show, and it was one of three devices that sported dual-sim inputs. It had an ultra high-resolution display, and came with ViewSonic’s ViewScene 3D. If you’re familiar with the SPB Shell 3D interface available in the Android Market, then you’ll notice its extremely similar. Then, at the Toshiba booth they had a no-name 7.7″ prototype tablet sporting an NVIDIA Tegra 3. We’ll likely here more about it later, and hopefully they’ll have a name for it soon too. Over at Panasonic, they were showing off the ELUGA Power, a completely waterproof smartphone. Many devices before this had been deemed water resistant, but this one proved itself in an actual test when we submerged it in water.

ZTE had multiple Android devices at the show this year, but most impressive was the ZTE Era. It was running Android 4.0 (Ice Cream Sandwich) and had an NVIDIA Tegra 3 quad-core processor. This is ZTE’s best work so far, so if you’ve been a fan of the company, this would definitely suffice as an upgrade. ASUS also presented a great selection at MWC this year. They showed off their Transformer Pad 300, and the more powerful Transformer Pad Infinity 700 LTE. The 300 is much like the Prime, but for those of you on a budget. The price was dropped by $100 and the device sported plastic instead of aluminum. We also had another look at the ASUS Padfone; a device that just looks better at each encounter. 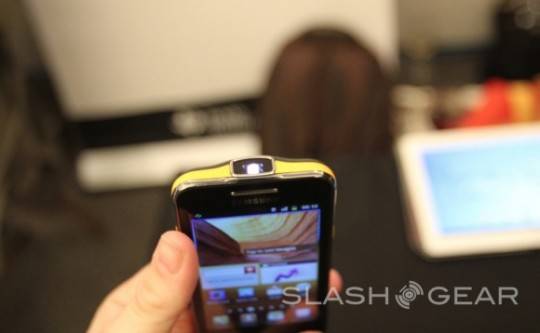 Over at Samsung, they were showing off their new Samsung Galaxy Note 10.1, Galaxy Beam, and Galaxy S Blaze. The Galaxy Note looked very much like the Samsung Galaxy Tab 10.1 2, but comes equipped with an enhanced pressure-sensitive digitizer. And as for the Galaxy Beam, you’ll find the first smartphone to sport a built-in pico projector. Though the lamp only beams out at 15 lumens, it can still be seen – even in daylight.

And finally, we were there live at Google’s keynote to see Eric Schmidt speak about the future of Android. He greatly stressed how Google Chrome offers the safest, most secure web-browsing experience. Schmidt also suggested Android should soon penetrate into the $70 or less category to offer devices to those on a budget.

We’ve still got some more content on the way, so stay tuned to our MWC 2012 portal for instant access to our latest!