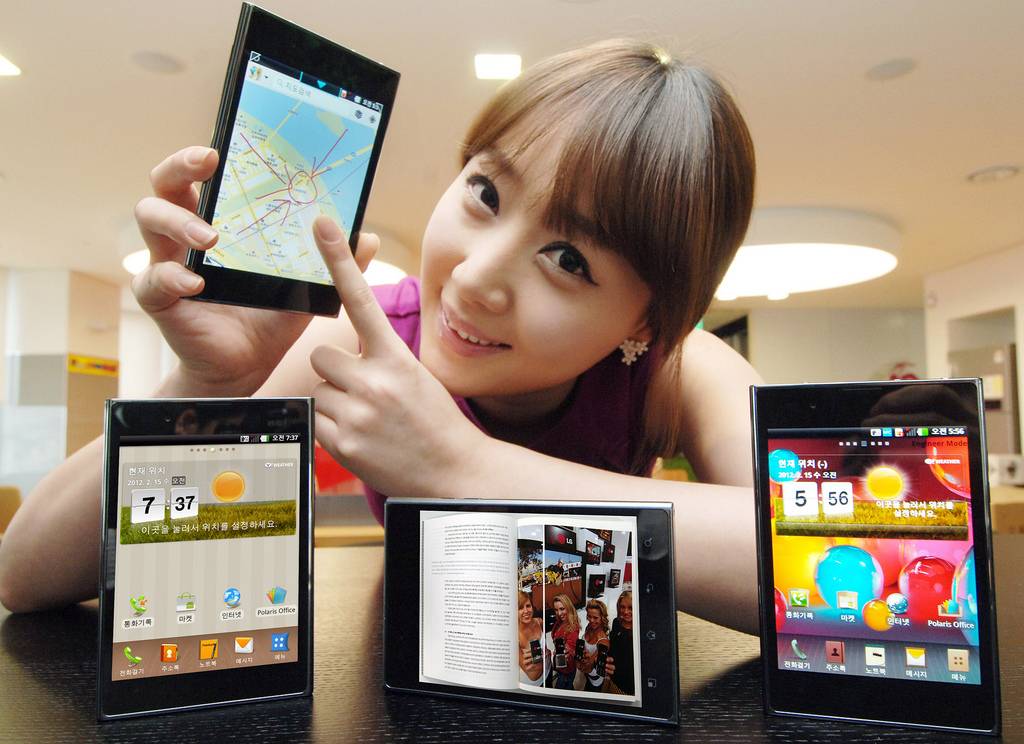 LG has officially revealed the LG Optimus Vu, the company’s new flagship for MWC 2012 next week and its stylus-toting challenge to Samsung’s Galaxy Note. Based around an iPad-matching 1024 x 768 resolution, 4:3 aspect display, the 5-inch Optimus Vu “phablet” uses a 650 nits IPS LCD panel for better outdoor visibility, and comes with a stylus for annotating documents, drawing sketches and making handwritten notes in LG’s Memo app.

LG believes the 4:3 aspect is the ideal one for note-taking. The Optimus Vu has a smaller screen than that of the 5.3-inch Galaxy Note, but it’s shorter and broader for longer lines in the Memo app. Overall, the Vu is – at 139.6 x 90.4 x 8.5 mm and 168g – shorter and thinner than its Samsung predecessor, as well as being lighter, but LG does make do with a smaller 2,080 mAh battery versus the Note’s 2,500 mAh.

Other specs include LTE and T-DMB – at least for South Korea’s SK Telecom and LG Telecom – along with WiFi Direct, DLNA and HDMI connectivity. There’s a rear 8MP camera with autofocus and flash, a 1.3-megapixel front camera, and 32GB of internal storage.

Android 2.3 Gingerbread is running on a 1.5GHz dual-core Snapdragon processor, and LG promises an Ice Cream Sandwich upgrade within three months of the Optimus Vu’s South Korean launch in early March. No word on international launch plans, but we’ll likely find out more when we meet with LG next week at Mobile World Congress.