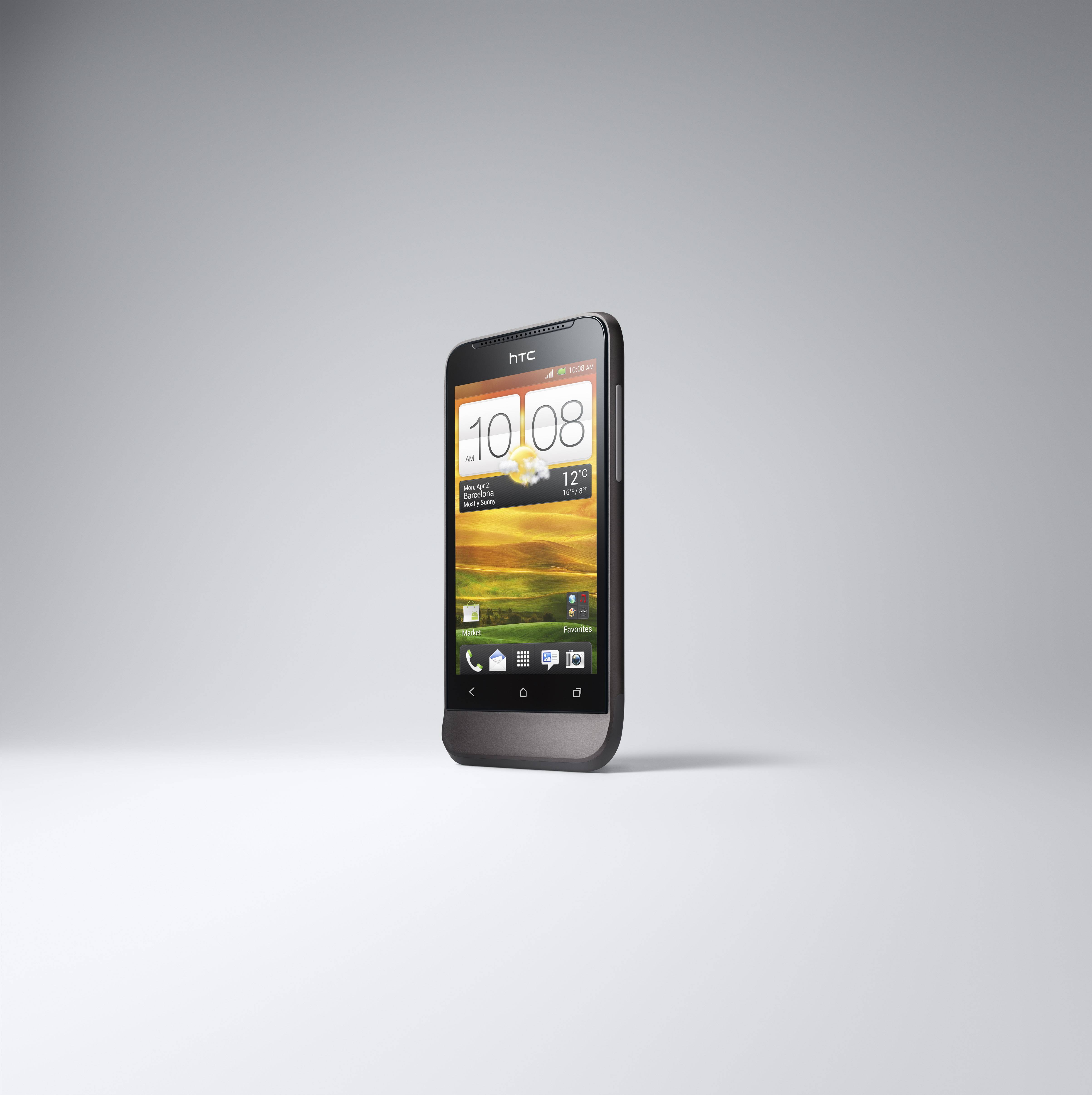 As we continue with the HTC launch event here at Mobile World Congress we have the low-end of the three new Android smartphones being announced as a part of their “fewer but better” devices strategy. This is the HTC One V, previously rumored as the HTC Primo, and it brings all those specs we’ve come to love along with the latest Android OS all for a great price. Again meeting the demands to be considered a “One” smartphone the One V wont disappoint but read on below to find out more.

HTC has just announced the One V and it being a budget phone they’ve scaled back a few of those specs that we’ve seen with the One S and the flagship One X but we still have an awesome screen, Beats Audio, the HTC Imagechip processor to enhance camera capabilities and more. The HTC One V comes with a 3.7″ SLCD2 480 x 800 display, 1.0 GHz single-core processor, 512MB of RAM and 4GB of internal storage. All HTC One devices will come standard with 25GB of DropBox cloud storage too. We do still have a great camera but it has been lowered to 5 megapixels and no front camera sadly. Android 4.0 Ice Cream Sandwich and Sense UI 4.0 are on board to keep things simple, smooth, fast, and beautiful.

As far as the hardware the One V looks sharp. According to HTC the dimensions are 120.3 x 59.7 x 9.24 mm making this another thin device being just 9.2mm thick. With HTC announcing this 1.0 GHz device with only 512 MB of RAM I’m instantly wondering when and if they’ll update other similar spec’d phones to Ice Cream Sandwich — but that is doubtful.

On stage HTC has said the new SLCD2 is the best screen they’ve had yet when dealing with direct sunlight, and is also on the 4.7″ HTC One X only with an HD resolution. To complete the budget friendly, Beats powered One V we have a built-on (non removable) 1,500 mAh battery. We will continue to check out everything HTC has to offer, including some new accessories for the HTC One line of smartphones and have plenty of hands-on pictures and video coming soon so stay tuned for more.