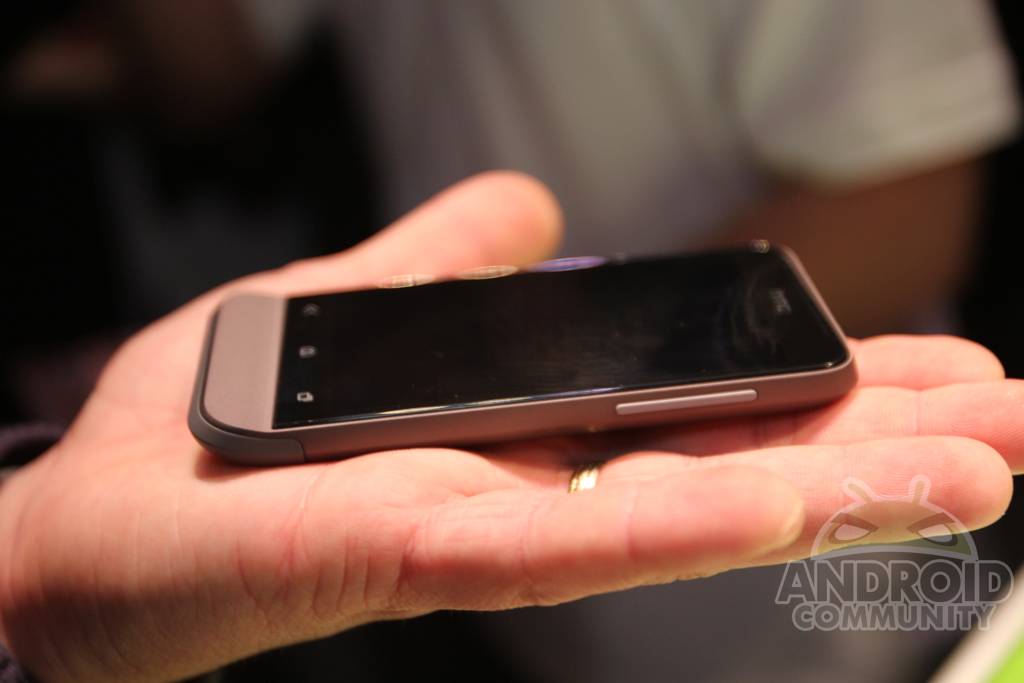 Long live the chin. As the junior member of HTC’s new trio, the HTC One V is perhaps the least-covered of the three. But as the cheapest and therefore most accessible of the Android phones, it’s arguably the most important piece in the strategy: if HTC can win converts on the low end, it’s more likely to garner repeat business. Android Community swung by HTC’s booth at Mobile World Congress to get a better look at the budget-minded Ice Cream Sandwich phone, and while it’s obviously not the high profile machine that the One X and One V are, it’s definitely worth a look.

The One V recalls previous HTC designs more than the other two new phones, specifically the Hero and the Legend. Its curved “chin” section seems a little odd, since there’s neither physical buttons nor a trackball hanging out on it anymore. That said, the shape is pleasing, especially for making calls, which is more important than browsing or texting to much of the target audience. Despite the older shape, the One V combines a unibody aluminum design with a slim (for a budget phone) 9.24mm body.

You can’t deny that the One V is dealing with low specs – inside and out, it’s got more than a little in common with the two-year-old Nexus One. A 3.7-inch LCD screen runs at 800×480 – interesting that the lowest of HTC’s new phones still has a larger screen than you-know-what. A 1Ghz single-core processor and 512MB of RAM are enough to run Ice Cream Sandwich and Sense 4.0, though they certainly don’t fly. More impressive is the 5.0MP rear camera with HTC’s F/2.0 lens – we cant’ wait to try this one out in a more ideal setting than a show floor. 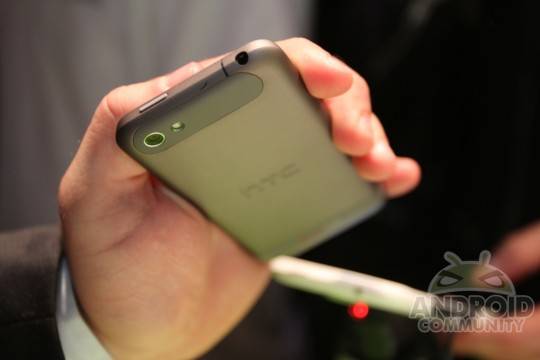 Storage is limited to just 4GB, but unlike the One V’s bigger brothers, it has an accessible MicroSD card slot. While you can swap cards, you can’t swap the battery – the 1500mAh unit is locked down tight. We don’t know how much the HTC One V will cost, but a company representative said it was headed to low-cost American providers US Cellular, Virgin America and Metro PCS “soon”. Be sure and keep an eye on our Mobile World Congress portal for more hands-on looks at the latest phones and tablets from Barcelona.