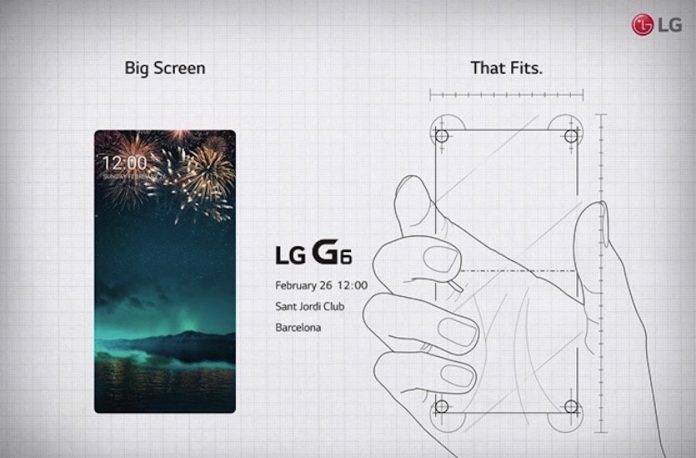 In a couple of weeks from today, LG will be finally unveiling the new G6. The next-gen premium flagship phone will be officially announced on February 26 in Barcelona, Spain at Sant Jordi Club. We’re expecting the LG G6 will make a splash at this year’s Mobile World Congress because back in 2016, the G5 was named as the Best Device. It didn’t do well in the market but it certainly paved the way for other modular smartphones like the Moto Z.

LG has sent out press invites to journalists, attendees, and business partners already and we now have an official glimpse of the G6. As pictured, the rounded corners somehow match what we’ve been seeing the past few weeks.

We’re excited to confirm if most of the information we’ve heard are true. We want to see the Full Vision’ bezel-less display, non-removable battery, water-resistant build, and if it will run a Qualcomm Snapdragon 821 processor. We’re also curious to know of this will indeed be the first non-Pixel device to have Google Assistant. We heard it might come with Lite and Compact variants and possibly an 18:9 QHD LCD panel.

LG is emphasizing that the G6 will have a “Big Screen That Fits”. The phone perfectly fits the hand as illustrated and so we’re assuming it will come with an almost bezel-less display.

Other information we want to confirm include the idea that phone will not have a curved edge display screen, it might have MST mobile payment, iris recognition, and a curved glass back. We’ve seen a number of rendered and leaked images already but this invite is obviously the closest illustration we have. And yes, the LG G6 looks definitely ready for commercial launch.