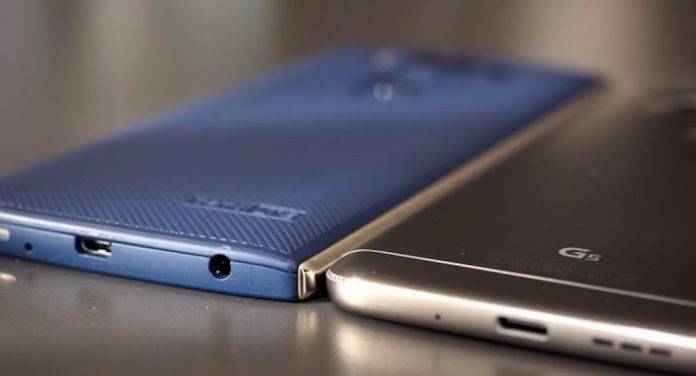 The LG G6 is one of our highly anticipated phones at the upcoming MWC 2017. It’s not just because its other South Korean tech rival isn’t launching the next-gen Galaxy S8 but because we’re curious to know how the G6 will be different from the G5. We’ve heard a number of information about the premium flagship phone and we can be certain that it will no longer be modular. We also heard the idea the phone could be waterproof and looks like there is already truth to it.

This LG G6 is said to have a sealed battery. This means the removable battery will not be present and the G6 will be more like the Galaxy S and iPhone. There is no official confirmation yet from LG so we’re taking this with a grain of salt. However, with all the numerous leaks and speculations we’ve featured the past few months, we’re led to believe that LG is indeed going a new direction of having a water-resistant and non-removable phones.

The decision not to use the modular design is understandable. We somehow expected it because the LG G5, although it was touted as the Best Mobile Device at last year’s Mobile World Congress, failed to capture a significant part of the mobile market. As for the battery, this may be the first time LG is ditching the removable battery for its flagship model. The past few years, fans have preferred LG because of such despite the other brands were moving to non-removable batteries.

We still want to know if LG will really use the Snapdragon 821 instead of the S835 and how thin the bezels will be. We recently found out that it will be the first non-Pixel phone to have Google Assistant. It won’t be friends with Amazon’s Alexa as it will still go with whatever Google has to offer.