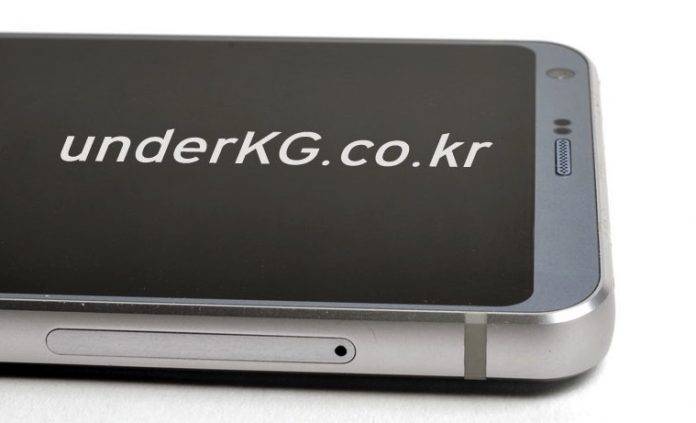 More LG G6 information coming your way. The official unveiling will happen at the Mobile World Congress and we’re excited to see how this G6 is better than the G5. The latter may have been named as the Best Device at last year’s MWC but we all know it was a commercial failure. A Korean website recently shared what they claim is an actual photo of the upcoming LG G6 smartphone.

Source of the website was anonymous so it can be hard to believe. Looking at the image, we can say it doesn’t look much different from the LG G5. There’s the SIM card or microSD card slot on the right side of the device. The antenna band is obviously for receiving signals. Overall, you will notice a strong metallic design and build.

We’ve been saying this one is waterproof which means it can also be dustproof. A built-in or non-removable battery can be found inside. Rumor has it that it will boast of a 5.7-inch screen with 2:1 ratio.

We know this one will be making its way to the MWC 2017 in Barcelona and there is a possibility that it will be the center of attention again especially now that Samsung is confirmed to skip the S8 launch.

This is the clearest image of the purported LG G6 we’ve seen so far and we know more images will be “leaked”. You know how these tipsters can’t keep a secret so from today until the official unveiling, expect to hear more about the next-gen LG G phone.