We all know that the LG G6 will be launched in time for the Mobile World Congress in Barcelona this year, maybe even in an even prior to MWC 2017. To that effect, we’ve seen a lot of the LG G6 in leaks and rumors – so we basically have an idea of what the phone is like. But new information from the Netherlands might point to an LG G6 Lite variant, as well as an LG G6 Compact.

This new information was taken by GSMinfo.nl from trademark applications of LG in their country. In the application, trademarks have been applied for a bunch of G6-related names. The most noteworthy of these is the LG G6 Compact and the LG G6 Lite. 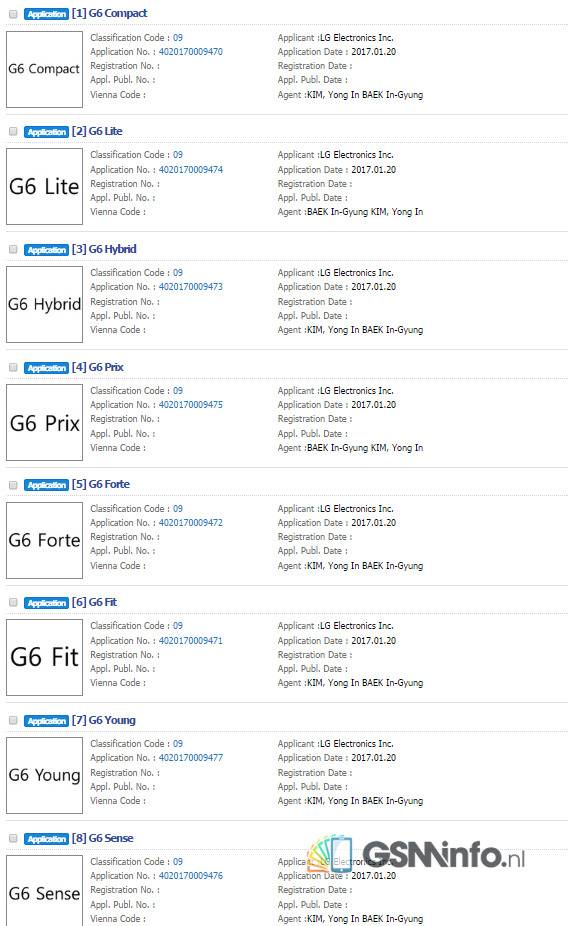 Now we don’t know if LG will really be launching these rumored variants. It might be that they’re just covering their bases in this new names and trademarks. It might also be that these are real devices that will be launching soon. We will not know this for a fact.

LG is anxious for the LG G6 to perform better than the LG G5 last year. The G5 was voted as the “Best Device” at the MWC last year, but failed to pick up a lot of sales for the device as it was released. May the LG G6, complete with dual-cameras, Snapdragon 821, and probably Google Assistant embedded, actually fulfill its promise.