We’re certain that there will be no Samsung Galaxy S8 at the Mobile World Congress this February. That means one less rival to think about for most of the OEMs today. Its biggest rival LG must be celebrating this early because they have an edge over their closest competitor. Samsung is delaying the launch of its flagship while LG is getting ready to introduce the new G6 premium flagship device.

We’ve heard of numerous rumors and have seen leaked images already. We said that the LG G6 will not be modular, could be waterproof, might use an 18:9 QHD + LCD panel, curved glass back, MST mobile payment, iris recognition, and a removable battery. We know more details will be unveiled in the coming weeks leading to the official launch date but for now, we’re curious to know if the LG G6 stands a chance against the Galaxy S8 or whatever premium flagship that will be announced in Barcelona. Last year, the LG G5 didn’t do well in sales despite being a crowd favorite at last year’s event. It was named as the Best New Device at the MWC 2016 but didn’t capture a big share of the market.

This image is the latest leak that shows what the phone could look like. The LG G6 is said to be equipped with a 5.7-inch screen, 2:1 aspect ratio, and very minimal screen-to-bezel ratio. That’s almost bezel-less so we’re excited to see if it can pass as an all-screen smartphone. There’s no curved edge display and that’s something we learned earlier. 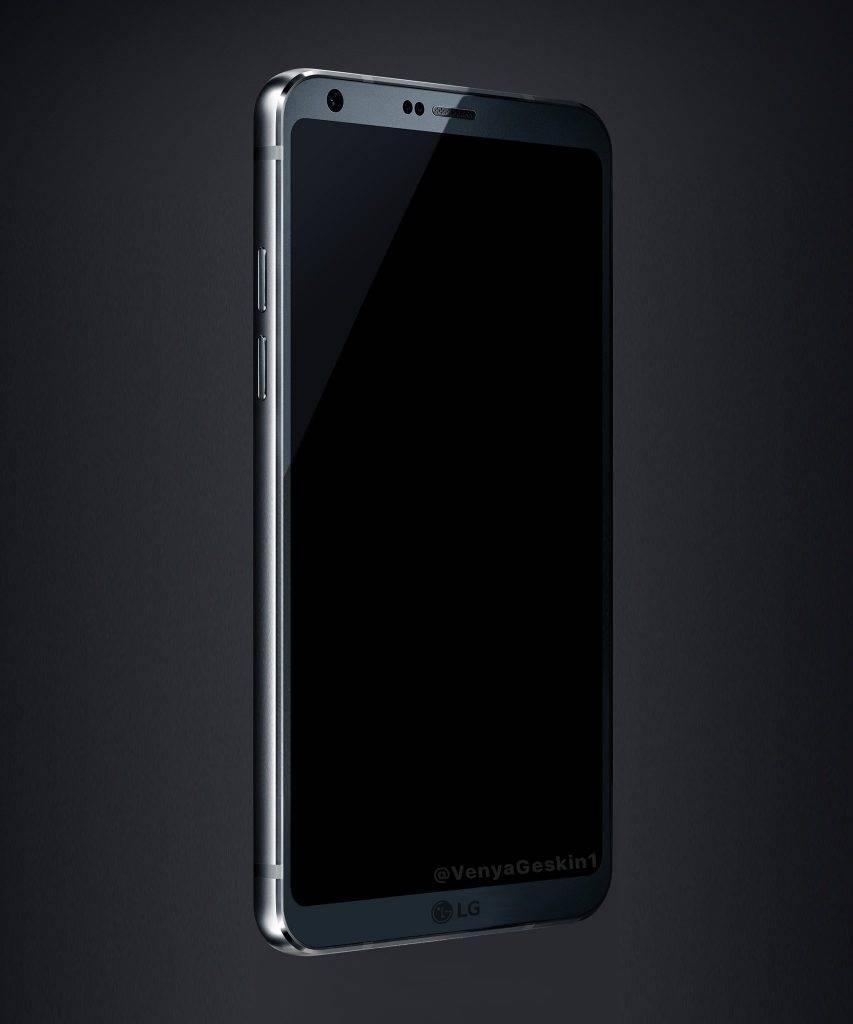 The LG G6 will still have a headphone jack. While others are considering its removal, LG will keep it just like Samsung. Phone will be made of metal and glass so don’t expect any plastic material. Unlike the previous models, its battery will not be replaceable. The LG G6 appears to deviate from its last design but there will still be a fingerprint sensor and a dual camera system.