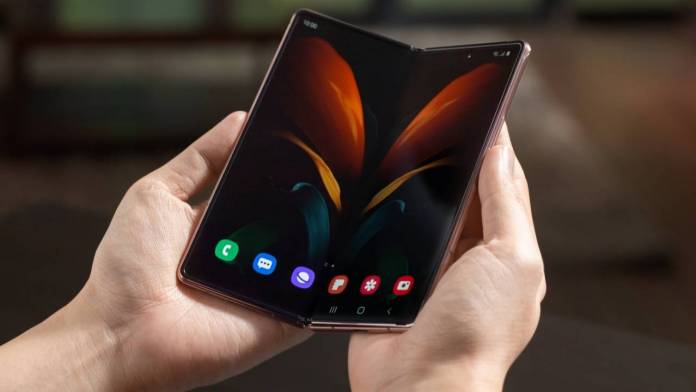 Last month, Samsung officially introduced a Galaxy S smartphone with S Pen support. It’s been part of the rumor mill for months and eventually became a reality. Samsung has promised it would be extending the Galaxy Note experience to other Galaxy series and it did so but only with the Galaxy S21 Ultra. It’s only the first but expect more Galaxy phones will have the same. The next phone to come with an S Pen input is the upcoming Galaxy Z Fold 3.

The pen input option for the foldable phone is an idea we never really imaging would be ready. It’s mainly because the Galaxy Z Fold’s display is different. It’s flexible-foldable and this year’s release will even include an Under Panel Camera. The phone may be out later this year.

The foldable smartphone is expected to be released in the third quarter (Q3 2021). Much has been said about it although we know not all will become a reality. It was once mentioned to have dual and tri fold designs. It may also come with a smaller cover display. It will be better yet lighter in form.

The S Pen support may be ready by June 2021 or later. The under display camera is likely to happen now. There’s also that idea of a sliding keyboard and two hinges, thicker display, and AES.

The next-gen foldable phone from Samsung already has a rival–the Huawei Mate X2. Samsung’s offering may be more advanced in the future. Samsung doesn’t really have a competition at this point but we’ll see if the Huawei Mate X2 will sell.

The Samsung Galaxy Z Fold 3 will be the South Korean tech giant’s flagship foldable for this 2021. It may not be the final name but we’re certain a new foldable smartphone will be released. If Samsung implements the S Pen on the foldable display, it means it’s ready for more devices with flexible screens.

The foldable screen needs to be durable while still being flexible. It can arrive with S Pen input but will still need to be as thin. It’s not clear if it will still be an Ultra Thin Glass (UTG) or a totally different display technology. Let’s wait and see.