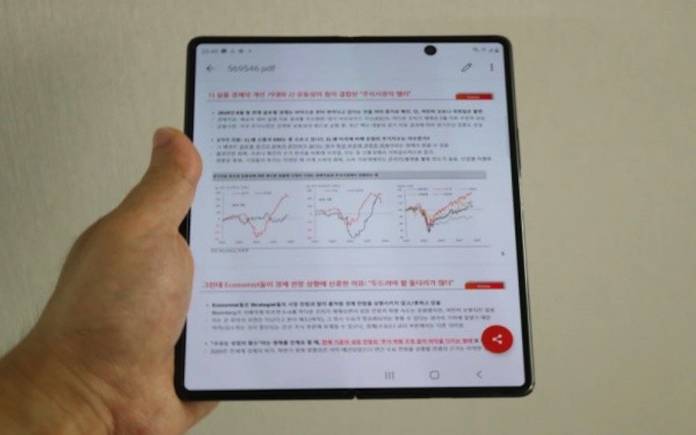 The Under Display Camera technology isn’t even implemented on any of its smartphone but Samsung is planning to apply it on its foldable phone offering. This tells us the South Korean tech giant is confident about its UDC tech.

Samsung has not made any confirmation but we believe it’s been working on the Under Display Camera like other OEMs such as LG, OPPO, and ZTE. Xiaomi’s 3rd-generation under-display camera technology is ready. Huawei has also started working on a smartphone with an under-display camera. As for Samsung, its UDC system is in the works. Samsung Display is said to be working on a display for UDC while an image sensor is being developed by the Samsung Electronics System LSI group.

UDC on the Galaxy Fold 3 may be available in Q3 2021. That is something to look forward to but we’ll have to see first how Samsung’s UDC will fare on the Galaxy S21. If and when its implementation is successful, we can expect other Samsung phones will also use the same.

So far, there is only the ZTE Axon 20 5G as the first in the world with an under-display camera. OPPO has a prototype under wraps. A Realme executive has also teased a mystery under-display camera phone. Let’s wait and see for Samsung to release its very own.