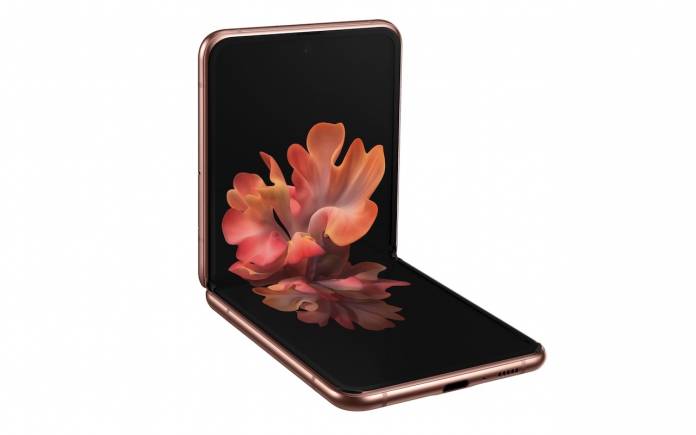 The Galaxy Z Flip is getting a new variant. This is something we’ve known ever since back in April when we heard a 5G version may be released soon. The foldable clamshell phone went official last February and we got our hands-on feature. It was followed by a special Thom Browne Edition. We soon heard a complaint about cracked screens but Teardown and Durability videos showed us that it’s a pretty decent device. We figured out the phone’s first protection is over the UTG.

Another Samsung Galaxy Z Flip Teardown revealed a not so dust-resistant design. The phone was also made ready for Android Auto Wireless. The phone did receive another software update, as well as, the YouTube Flex mode and some decent scores on DxOMark.

We also showed you the hideaway hinge on the Samsung Galaxy Z Flip with a Dual CAM Mechanism. Its Selfie Camera was also reviewed on DxOMark. The Samsung Galaxy Z Flip 5G version was confirmed by a certification. With this and the other upcoming Galaxy phones, Samsung hopes to bounce back soon. The phone also hit TENAA looking a lot like the original.

Samsung’s Galaxy Z Flip 5G will also be one of the five new devices to be unveiled at the Galaxy Unpacked 2020 on August 5. We noted it’s launching soon in China and other regions and it has happened.

The Galaxy Z Flip 5G will be available beginning August 7. The phone will be sold online by Samsung, Amazon, Best Buy, and carriers like T-Mobile and AT&T. You can trade-in your old but eligible phone for a new Galaxy Z Flip 5G and get as much as a $650 discount or credit but only for a limited time.