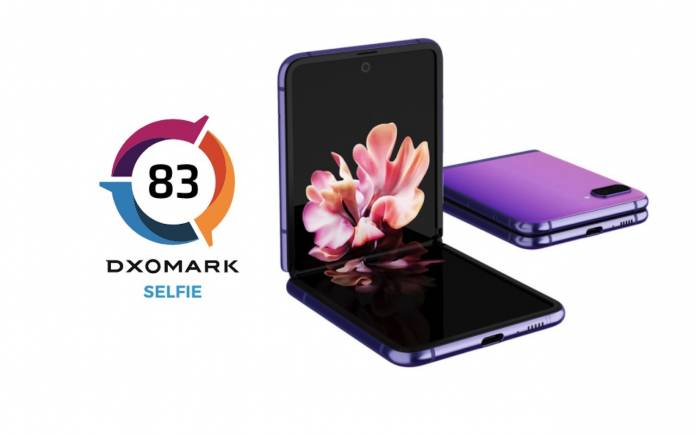 Exactly last month, we said that the Samsung Galaxy Z Flip received decent scores on DxOMark. The numbers were for the main rear camera system. Its average score of 105 put the smartphone in the top 15. It’s now down to 17th place a number of phones have since been reviewed. Now DxOMark tests the selfie camera of the Samsung foldable phone. The final score? 83. That’s not high since the highest-ranking phone on both the main and selfie camera category is the Huawei P40 Pro with 103 (Rank 14) and it’s tied with the Samsung Galaxy A71.

The Samsung Galaxy Z Flip is the South Korean tech giant’s second foldable phone offering. It’s the first from the company with a foldable clamshell design. It’s a direct rival of the Motorola RAZR foldable phone.

To review, the Samsung Galaxy Z Flip comes with 6.7-inch AMOLED foldable screen. It’s powered by a Qualcomm Snapdragon 855+ processor, 8GB of RAM, and 256GB of onboard storage. The main camera system is composed of a dual 12MP f/1.8 lens (with OIS and dual pixel PDAF) and another 12MP ultra-wide camera with f/2.2 aperture lens. The selfie camera is a 10M megapixel camera with fixed-focus lens and f/2.4-aperture. It can shoot 4K videos at 30fps.