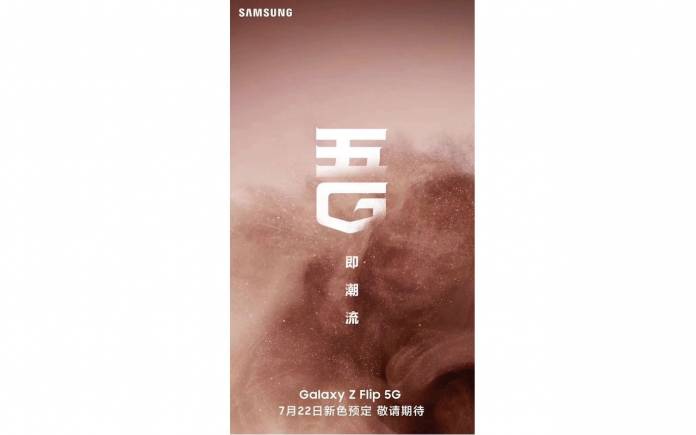 Samsung is set to launch new products on August 5. That is something that’s been confirmed already. No doubt the South Korean tech giant has been working hard to finalize the lineup. It includes the Galaxy Z Flip 5G as we’ve been saying in recent months. In China though, the 5G variant of the first foldable clamshell smartphone will be introduced earlier. By earlier we mean to say tomorrow, July 22. The information was shared by Venkatesh Babu.G (@smartvenkat95), a contributor to a number of tech websites.

The Samsung Galaxy Z Flip 5G will look the same as the original model but with 5G connectivity already and some updates. Several details have been shared but we’re taking things with a pinch of salt. We heard a Mystic Bronze edition will be available according to a leaked on video. It’s already been confirmed by a certification.

The phone is expected to be released soon. The Galaxy Z Flip 5G has hit TENAA which means the launch is happening anytime soon. The image on the database looks a lot like the original. 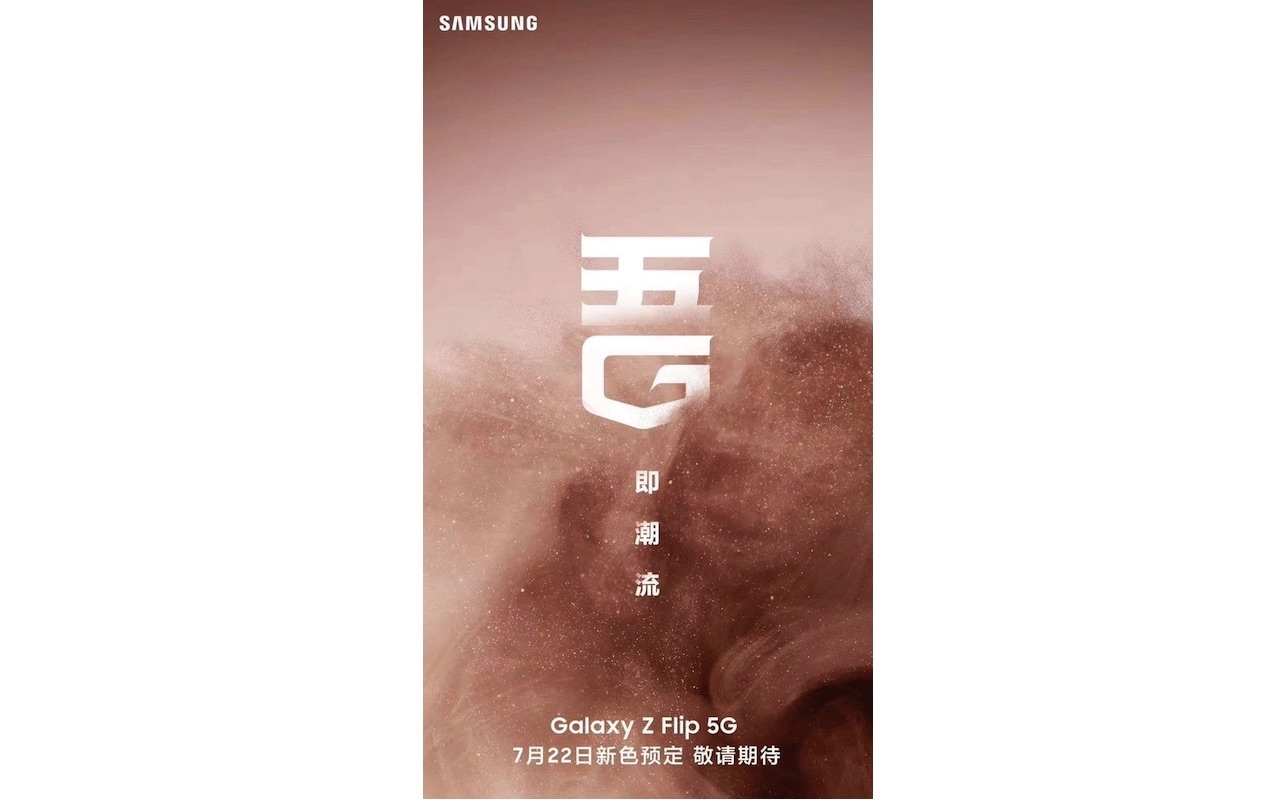 The teaser above shows launch will happen in China. This means it’s arriving earlier than the global launch happening on August 5. This isn’t really surprising because the country often gets the first dibs on some major tech.

The Samsung Galaxy Z Flip 5G will be one of the five new devices to be unveiled at the Galaxy Unpacked 2020. It may not be considered as one of the major products but the 5G support is definitely an important upgrade. It’s very much different from the Galaxy Z Fold 2 but with the latter’s name, we can say the two are now under the same Flip series.