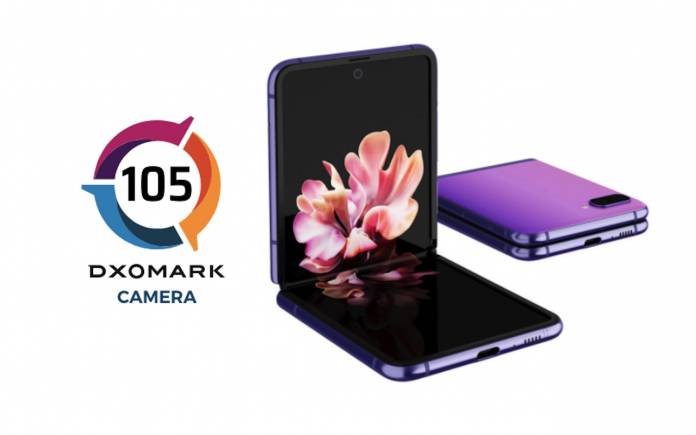 It took a while before DxOMark gets to review the Samsung Galaxy Z Flip but no more waiting now as the scores are in. Samsung’s second foldable smartphone that arrived with a clamshell phone factor has received mixed reviews. Many people like the design and form but the device has some issues. It’s not expected to be perfect though especially since the screen is non-traditional. The device has since undergone a durability test and a teardown analysis. Those videos tell us the screen will scratch and the phone can flex easily so TLC must be given.

To review the specs, the Samsung Galaxy Z Flip comes equipped with a 6.7-inch d Dynamic AMOLED display screen that folds with a hideaway hinge, 2636 x 1080 FHD+ resolution, 21.9:9 aspect ratio, 1.1-inch Super AMOLED Cover screen with 300 x 112 resolution, Octa-Core Processor, 256GB onboard storage, 8GB RAM, and a 3300 mAh dual battery. When it comes to the imaging department, it boasts a dual-camera system that consists of a 12MP primary camera with a 1/2.55-inch sensor,f/1.8-aperture lens, dual pixel PDAF, and OIS plus an ultra-wide 12MP sensor with an f/2.2-aperture lens.

The cameras come with an LED flash and can record 4K videos at 30/60fps. There is also a 10MP selfie camera. The cameras are not exactly high-specced but we expect good performance since it is an expensive Samsung smartphone.

The Samsung Galaxy Z Flip received a DxOMark score of 105 (109 Photo, 96 Video). At the moment, it is number 15 on the ranking. It’s positioned just right after the Apple iPhone XS Max.

As for the downside, autofocus is slow while detail levels are sometimes low. Frequently visible are strong ringing artifacts. In bokeh mode, you may notice some depth estimation artifacts. Wide camera shots may also show ringing and color fringing. Indoor shots may exhibit fusion artifacts.

When it comes to videos, the dynamic range is very limited. You may notice unusual partial focus artifact in tracking shots, as well as, strong luminance and chroma noise in low light. Indoor sharpness may vary frame to frame.