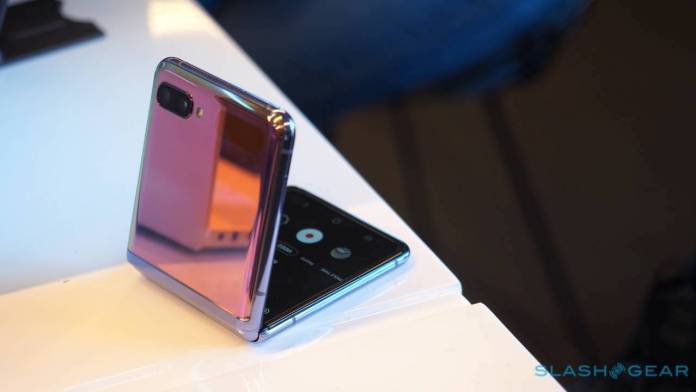 We just told you a Galaxy Z Flip with screen protector voids phone warranty. We’re hoping that will only make you NOT USE a screen cover and not NOT BUY. We believe the second foldable phone from Samsung has its strengths and weakness. We’re not saying you buy right now. It will be up to you and if you can afford it. It’s a novelty on its own being the first foldable clamshell phone from the South Korean tech giant. The device directly competes with the Motorola RAZR but we also can’t say which one is better.

For those contemplating whether to buy a Galaxy Z Flip or not, we suggest you wait. Why? Because Samsung just might release a 5G version of the phone. We heard of this idea before when we learned when the online-only Unpacked event will happen.

The arrival of the 5G Samsung Galaxy Z Flip will happen. It can be confirmed by a Samsung certification that was recently discovered. The rumor is likely true and it’s something that we also want to see become a reality.

The first Samsung Galaxy Z Flip model introduced runs on a Snapdragon 855+ processor. A not-so-mysterious phone with model number SM-F707B was spotted with 5G connectivity. It could mean the company has made some tweaks to allow 5G support.

A Samsung Galaxy Z Flip 5G being introduced during the Unpacked event on August 5 is more than welcome. The foldable clamshell smartphone is attractive and yet misses a few things. 5G access can definitely make it a winner if we’re talking about connectivity.