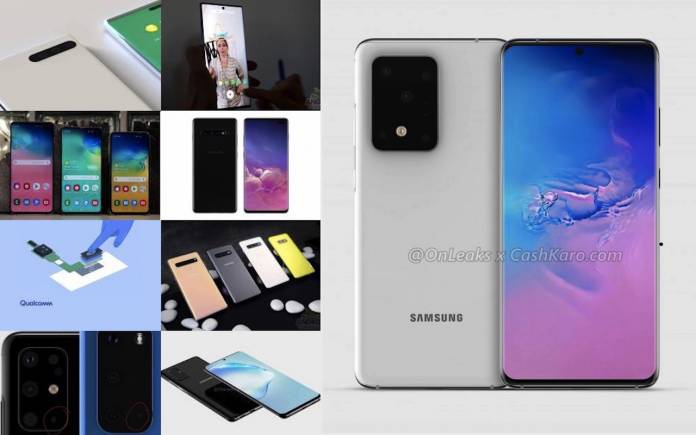 More often than not, any premium Samsung Galaxy flagship phone makes an impression among hardcore Samsung fans and most of the Android community. Every device introduced in this category by the South Korean tech giant becomes a standard or benchmark for other OEMs to follow. It is not always the case but industry watchers look to the latest Galaxy S or Galaxy Note phone. Every model isn’t exactly the most advanced in the market at the moment but the whole lineup is something to look forward to.

As early as July, we discovered patent images that showed a Galaxy S11 with an expandable screen. It’s not a foldable phone and it was only a concept so we took things with a pinch of salt. Device features were also listed early: Android 10 upgradable to Android 11, One UI 2.x version, fast-charging 4500mAh battery, under-display fingerprint sensor, selfie camera, new 5x zoom camera module, 108MP primary camera, AI ISO, Smart ISO, 5G connectivity, UFS 3.0 storage, Snapdragon 855+ chipset, 12GB LPDDR5 Mobile DRAM, and a microSD card slot. Most of these specs can be found on the Galaxy Note 10 series.

The Samsung Galaxy S11 camera system will be more advanced. We’re certain of that because obviously, that’s what happens every year. We’re just curious about what features the company will implement because there are too many new technologies available. Think of better aperture, time-of-flight sensors, higher resolutions, and higher zoom levels. There may be 64MP and 108MP sensors, improved HDR, faster autofocus, and Tetracell technology.

Samsung Galaxy S11 color options were listed and mentioned twice. Possible phone colors include Blue, Grey, and Black for the regular Galaxy S11. The Galaxy S11e may be out in Pink, Gray, and Blue.

The flagship series may include 5x zoom cam, a bigger fingerprint sensor, display with 20:9 aspect ratio, 4000mAh battery (S11e), built-in spectrometer, and more powerful features. The device may also arrive in five variants and three sizes, may allow 8K video recording and 108MP photos, and may not come with a waterfall display.

Samsung may implement 5G connectivity as a standard feature plus 25W fast-charging support. The camera may also apply laser autofocus. Several image renders and a 360-degree video have showed up.