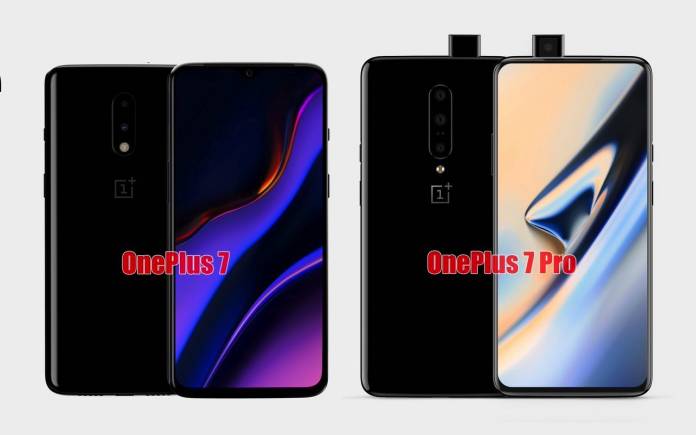 The OnePlus 7 is the next premium flagship phone on our radar. We’re filling pages before the official announcement and we don’t doubt more believable information will be available. It’s only a matter of searching for them and waiting for D-Day. The OnePlus 7 was first thought to not include 5G support but ever since learning it will run on Qualcomm Snapdragon 855, we’re more than convinced it can be 5G network compatible and two phone variants will be ready.

The earlier OnePlus 7 images leaked with no notch or camera hole. We’re also not sure about the wireless charging or if the OnePlus 5G apps would be ready at launch.

The OnePlus 7 flagship killer is set to roll out next month. It will be announced exactly on May 14. There will be two variants available: the OnePlus 7 and the OnePlus 7 Pro. This is the first time the Chinese OEM is launching two models at once.

A OnePlus 7 Pro 5G may also be available as per the latest tweet from our source:

According to Steve Hemmerstoffer (@onleaks), the OnePlus 7 will feature a large 6.4-inch flat screen with a waterdrop notch selfie camera and a dual rear 48MP camera setup. The OnePlus 7 Pro will have a larger 6.64-inch curved screen with a hidden, pop-up selfie shooter, triple rear camera setup with 48MP man + Telephoto + Ultra Wide lens. We’re looking forward to confirming if the OnePlus 7 specs and pricing listed on a retailer’s website are actually true.

If you have no idea how the OnePlus 7 and OnePlus 7 Pro will look like, view the image renders and 360-degree video. The live images that also appeared on Twitter may be helpful in picturing the pop-up camera design that looks a lot like the Oppo F11 Pro.