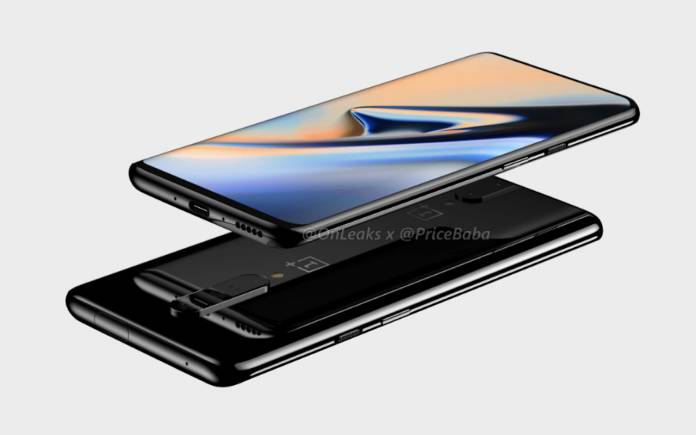 We’ve only been waiting for this set: image renders of the OnePlus 7. The next-gen flagship from the Chinese OEM has been part of our consciousness since November 2018 when we learned it won’t implement 5G technology yet, or at least, the initial version. OnePlus is working on a 5G phone but it’s not the OnePlus 7. However, it will already run Snapdragon 855 processor by Qualcomm which supports 5G. Rumor has it a 5G variant may be released but will be more expensive.

A OnePlus 7 image leaked earlier but then a new render appeared. Live images even appeared on Twitter, showing no notch or camera-hole.

The last we heard about the smartphone is that it may not have wireless charging yet. Interestingly, the company did show off a 5G phone prototype at the MWC 2019. It’s just not clear if it’s a different phone or is the OnePlus 7.

Image renders and a 360-degree video have surfaced online, showcasing the design of OnePlus 7. Pricebaba teamed up with OnLeaks to work on this gallery.

The phone doesn’t look any different from previous OnePlus phones but there are now three rear shooters. There is no confirmation yet but the device is said to implement a pop-up selfie camera similar to the Vivo V15 Pro, OPPO F11 Pro, and the Samsung Galaxy A90.

The specs we know so far are as follows: 6.5-inch screen, full HD+ resolution, 162.6 x 76 x 8.8mm dimensions, USB Type-C port, 6GB RAM, loudspeaker grill, volume rocker on the left, an alert slider and power button on the right edge, and a 4150mAh battery. The phone will still run on Oxygen OS but already based on Android 9 Pie.