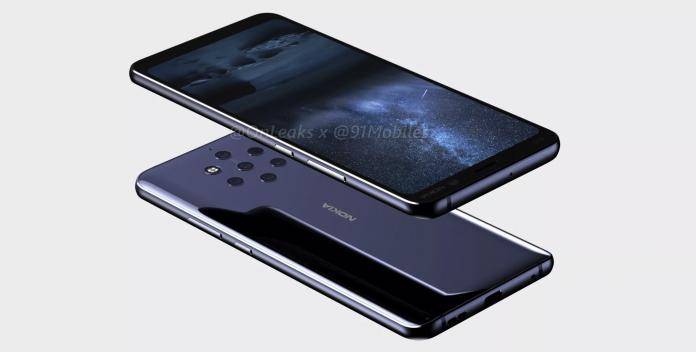 It has been over a year since we first heard about the Nokia 9. It was teased, rumored, benchmarked, and then canceled. And now, new speculations are being made. It seems the Nokia 9 is back on track and the brand has teased the Android phone will be introduced earlier. The original Mobile World Congress (MWC 2019) schedule has been moved to an earlier date. There is no exact day yet but it will definitely arrive in January or February.

The Nokia 9’s latest image and video renders published the other day made us think about the potential of a smartphone especially when it comes to imaging. You see, the Nokia 9 is now rumored to feature seven rings at the back. Five of them will be camera lenses. The other two will be a dual-tone LED flash and a dual-sensor.

We’re gaining new information about the device but if you may remember, it was said to feature an iris scanner and OZO spatial audio. The Android phone’s availability and pricing we uncovered before could be different now.

Nokia 9 sketches popped up online last year but such design could now be outdated. We’re not sure what happened before but we’ve seen live shots and specs of the phone, benchmark scores, and even an FCC visit.

All these were made known to us before it was reportedly canceled. The rumor hasn’t fully died because we’ve been hearing fresh information.

Nokia 9 might not come with a headphone jack but a USB-C port will handle audio. It may have dual rear cams, a large internal memory, Snapdragon 845 processor, in-display fingerprint sensor, and a notch design.

Friends, we have important news for you. Thanks to the media hype, the announcement of Nokia 9 was moved from #MWC19 to an earlier date. Yes, still next year, but not so late. This is an achievement and we thank everyone for their support!#HMD #Nokia9 #NokiaMobile #Nokia