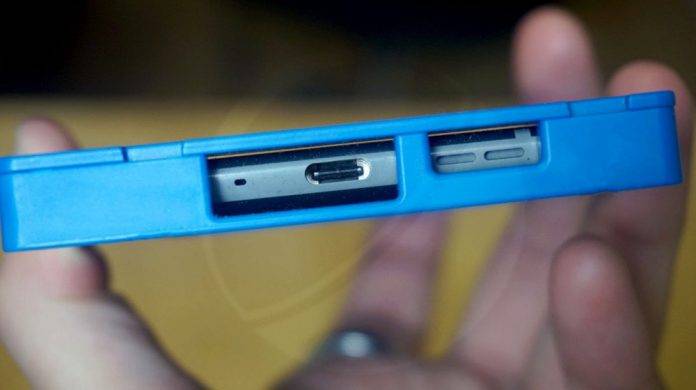 There is no confirmation yet but this Nokia 9 seems to be legit. It looks more like a prototype than the final build and like you, we’re excited to know how the new Nokia Android device will look like. After the Nokia 3, Nokia 5, and Nokia 6, the former top phonemaker is set to introduce the Nokia 8 and Nokia 9. We’ve learned the latter will feature an iris scanner and OZO spatial audio. Some sketches also popped up online and heard about its pricing and availability. This time, we’re seeing this prototype of what is believed to be a premium Nokia smartphone.

The Nokia 9 was spotted in blue which is said to be more of a protective case. Looking at the image, there is still a 3.5mm headphone jack and USB-C port. We’re assumming this one will have Qualcomm Quick Charge 3.0 tech for fast charging of the battery. The image also shows us a dual sensor of the Nokia 9 nd makes us believe the phone will have an aluminum build. From different angles, it looks a bit weird and makes the phone more bulky.

More images were shown off, telling us some of the specs and features to expect like a 5.27-inch screen, 2560 × 1440 pixel resolution, Snapdragon 835 processor, 4GB RAM, 64GB storage, and an always-on display. They are already high-end enough so this news makes us more excited. We’re hoping it may rival the Galaxy S8 or LG G6 because it will be fun to see Nokia get a chance to take its crown back.

However, launching premium phones is not that easy. You can’t just have the highest specs to be considered the best. The hardware must work well with the software. The two determine the whole performance of the device. In our experience, a 6GB RAM doesn’t always guarantee top-of-the-line performance.