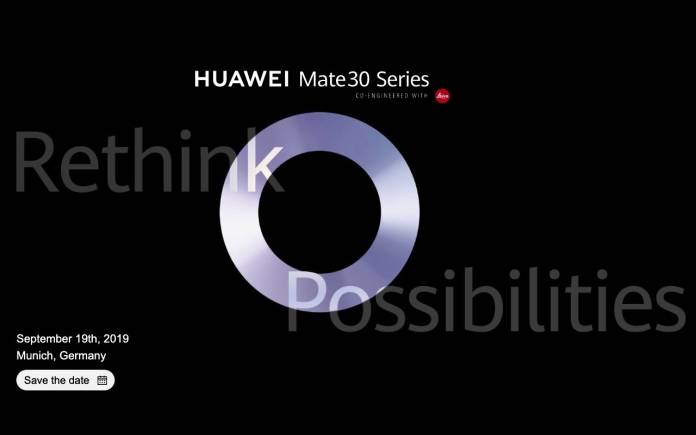 The Huawei Mate 30’s release is perhaps one of the more controversial flagship phone releases we know. Why, there is the surrounding question of what mobile OS will run on the smartphone. Huawei has been positive it will still run on Android but we’ve also been hearing contradictory information. The top Chinese OEM’s countdown for the Huawei Mate 30 launch has begun as it is going to happen on September 19, 2019. Huawei said that it’s “going full circle in Munich” soon.

Huawei suggests we ‘Rethink Possibilities’. We’re thinking about that round camera module as seen on several renders and leaks the past few weeks. The promo teaser has been leaked already after those images with the on-screen fingerprint included.

If you can’t be present at the announcement, you can watch live online HERE. On D-Day, we’ll get to confirm all the details. We’ll see if it will have the penta-camera setup that is better than the Samsung Galaxy Note 10. Of course, we’ll get to see the circular rear camera setup, 25W fast wireless charging, and that Kirin 990 processor able to support 4K 60fps video recording. 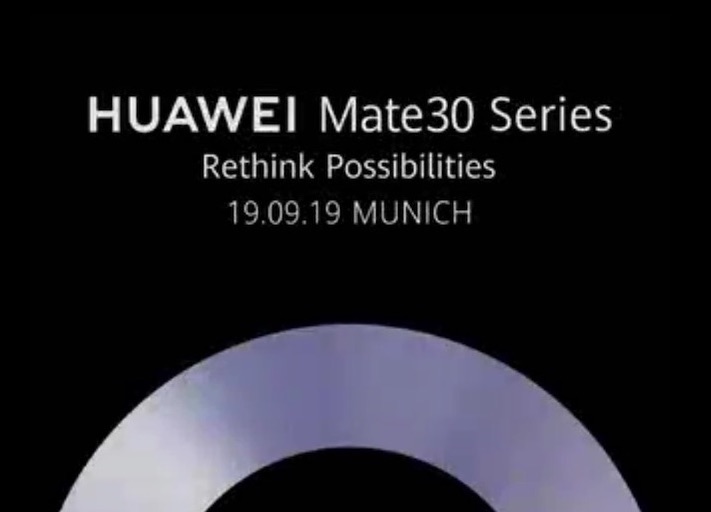 On the topic of which platform, we’re really not sure but Huawei still plans to use Android OS for flagship phones. We mentioned before Huawei’s new mobile OS may be used on future premium phones so don’t be surprised if you see Harmony OS aka Hongmeng running on the new Huawei Mate 30 and Mate 30 Pro. It’s the same software used on the newly announced Honor Vision Smart TV.

Huawei seems to be ready for the worst that may happen. It started working on and testing on own mobile OS due to the ongoing US trade ban. The past few months have been challenging for Huawei but we believe the company has contingency plans. It has its own NM Card Slot and the Harmony OS plus its own chipset business so it can probably survive on its own.