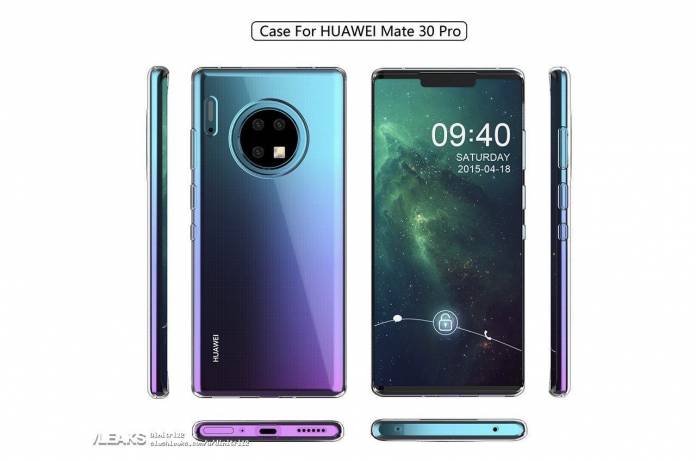 After the Samsung Galaxy Note 10, expect the industry will be all eyes on the Huawei Mate 30. The top Chinese OEM has been working on the next-gen Mate series aside from the Huawei Mate X. As early as January, we noted the Huawei Mate 30 phone may have a penta-camera setup. There is a possibility Huawei will be using the Hongmeng OS but we doubt if it will completely forego the Android OS anytime soon. The original Android plan will still work so there’s nothing to worry about–yet.

No new details were introduced but we know some information about the Huawei Mate 30. For one, the Huawei Mate 30 Pro is expected to have a better camera than the Samsung Galaxy Note 10. We may probably be looking for a triple rear camera that’s comprised of 40MP + 40MP + 8MP sensors.

Over at Slashleaks, two images of Huawei P30 show the protective phone case. We see that three-camera system and a wide notch that house the camera and the differences in bezels. We’re not giving up on the five camera setup because the others could be placed in other locations.

We don’t see any sign of a headphone jack on the bottom so yes, there’s probably no 3.5mm port. Huawei may be sticking with USB-C but they should also work on other improvements.