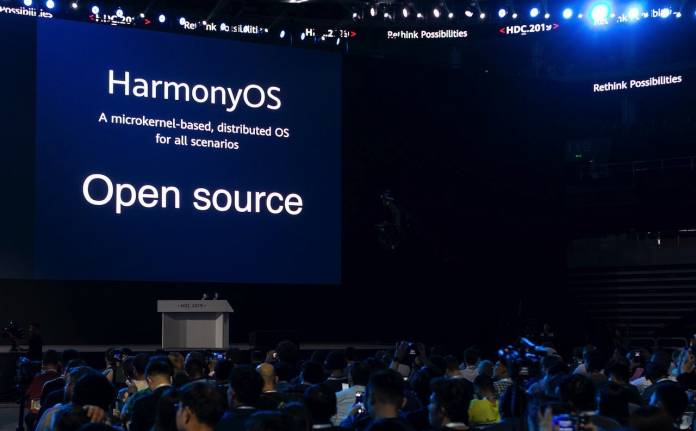 The cat is out of the hat…err, we mean bag. Huawei has finally and officially announced its very own mobile OS so we’re done with guessing if and when the top Chinese OEM will be released. Huawei has proudly announced the mobile platform at the Huawei Developer Conference 2019 (HDC 2019). It’s definitely an alternative to Android as we’ve been saying the past few months. It has really come this. Huawei introducing a new mobile platform because of the US trade ban. Not that Huawei has a mobile business in the country. Huawei phones aren’t sold here but many American firms do business with the Chinese company.

Huawei’s HarmonyOS is a new operating system. It will be released in China first and will be called as the HongMeng OS. It’s more of a microkernel-based open-source OS that is not exclusive to just smartphones. Huawei said it can also run on different devices like computers to smart display and wearables among others.

There is some truth to the idea it’s developed mainly for IoT. It’s meant for a shared developer ecosystem where it will be easier for devs because one app can already work on many different devices. It’s all about looking into the future of connected things.

Not many details have been provided but the Harmony OS appears to be ready for bigger things and not just for phones. Reports say it will be used first in some smart screen products. We’re assuming smart TVs or smart displays or speakers.

It’s not certain if HarmonyOS will be ready in other regions. We’re not expecting it will reach the US. There may be questions of privacy and security like what Google has warned the US government about it. There is a possibility of bigger national security risks.

There is also a possibility this HarmonyOS may not run on phones or computers. If you may remember, Huawei meant for it for IoT devices. It could be supplementary to Android since Huawei has been saying it will still use Google’s mobile OS.