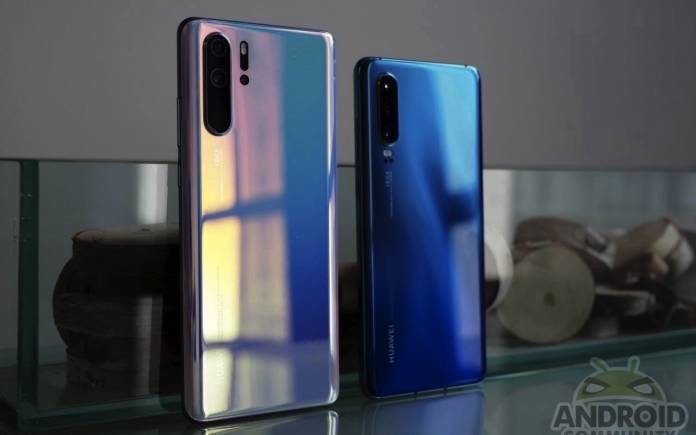 Huawei’s past few months have been crazy and challenging but we believe there is no stopping the top Chinese mobile OEM. Its latest financial report still reported an increase while Samsung, LG, and Sony’s numbers were not so favorable. Since Google decided to cut its ties with Huawei, other US firms followed. But interestingly, each one quickly overturned their decisions for fear of losing a big chunk of their business. The issue still isn’t over and we don’t think a decision will be finalized but the company is still blacklisted in the US.

The Chinese OEM may still have a number of concerns about the limits but it still is showing signs of confidence especially since it still shipped 10 million units of Huawei P30. The company is targeting 100 million for this year.

Huawei has many backup plans. We know that it started using NM Cards as opposed to SD Cards. Huawei has also been working on a new mobile OS that could replace Android. Ark OS aka Hongmeng OS was a top-secret mobile OS. But then Huawei has been heard saying the OS was developed mainly for IoT and is not an Android alternative.

Huawei’s mobile OS is said to be significantly faster than Android. By the end of this year, we’ll confirm if Huawei phones will really run on Hongmeng. The company is believed to be testing Hongmeng-powered devices already that could be up for sale before year-end.

The move could be monumental not only for Huawei but also for the rest of the Android community. We’re very much curious about the said device but we know it will be affordable at around 2,000 yuan or about $288 in the US. It will be a budget-friendly to mid-range phone.

There is no confirmation by Huawei but several related details are being leaked. There is a possibility Hongmeng won’t be able to power a full smartphone so it could just be for a feature phone or maybe a smart device that offers simple communication and messaging.

The US sanctions could still be relaxed although US firms need export license to sell. We’ll be watching the mobile industry and how it responds to Huawei. Let’s wait and see.