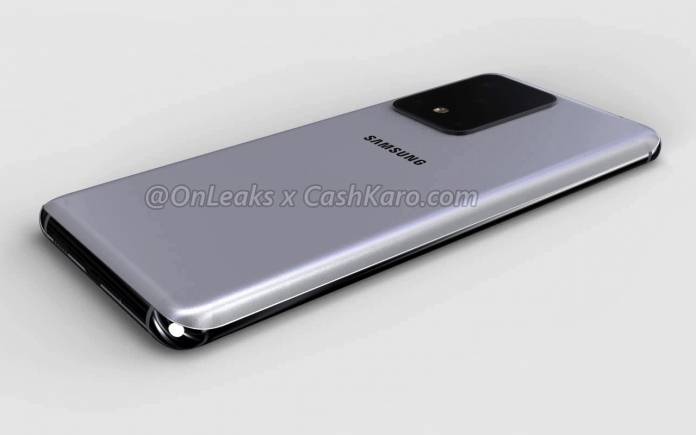 It’s the last day of the year and we are still talking about upcoming phones. The Samsung Galaxy S11 is one of the hottest topics the past few months and we believe it will be even after the official launch of the series. As early as July, we mentioned the phone would have an expandable screen as shown off in patent images. That’s not happening because the Galaxy S11 will have a flatter display this time with an aspect ratio of 20:9.

Just yesterday, a Samsung Galaxy S11+ render showed the latest camera module design. It is expected to come with the new Galaxy Fold and a new pair of Galaxy Buds. Protective films also surfaced right after that glass cover being leaked with a camera hole and smaller bezels.

We have told you everything we know so far like the Galaxy S11+’s ISOCELL Bright HM1 sensor would improve imaging further, advanced rear camera system, periscope optical zoom camera, and 108 megapixels. The official launch date maybe February 18. By then we can confirm the super-advanced cameras, larger batteries, 5G connectivity, faster charging, and 8K video recording at 30 fps. We’re also looking forward to the possibility of five variants and three sizes.

More Samsung Galaxy S11 details are being shared online and they won’t stop until the South Korean tech giant’s official announcement. One of the most interesting bits we heard though was that the next-gen premium flagship may be known as the Samsung Galaxy S20. It makes sense because it’s the year 2020–20 is a new beginning as per a Chinese leakster.

A new proof has been discovered as pase manufacturer Schnail’s founder @HarmlessKarl teased the Galaxy 20, Galaxy S20+, and the Galaxy S20 Ultra with information about screen sizes:

The Samsung Galaxy S20 will have a 6.2-inch screen while the S20+ and Galaxy S20 Ultra will have a 6.7-inch and 6.9-inch display, respectively. There won’t be a Galaxy S20e or Galaxy S20 Lite so we’re assuming this will be an ultimate premium flagship line. Let’s wait and see.