In T-Minus 48 hours, the world will be introduced to the new Samsung Galaxy Note 9. The Unpacked event on August 9 is almost here. It’s happening earlier than usual and we’re even expecting it will arrive with the new Galaxy Watch. That is still unconfirmed but we’re looking forward to the possibility. We can’t wait to get our hands on the new phablet and gather what rumors and speculations would turn out to be true. We’re certain it will have Fortnite as an exclusive offering, pricing might still be reasonable, and it may arrive with a Wireless Charger Duo.

By now, most of the Android community already know much about the unannounced Galaxy Note 9. We’ve seen that Note 9 retail box in Russia, pricing, and the leaked intro video that confirmed the 512GB variant. You can now sign-up and reserve for a unit HERE.

Samsung’s Galaxy Note 9 will arrive with a pair of Wireless AKG noise-canceling headphones worth $299. It’s either that of the Fortnite gaming package. The S Pen will be out in different colors while the smartphone will be available in Black, Deep Sea Blue, Gray, Brown, and Lilac. 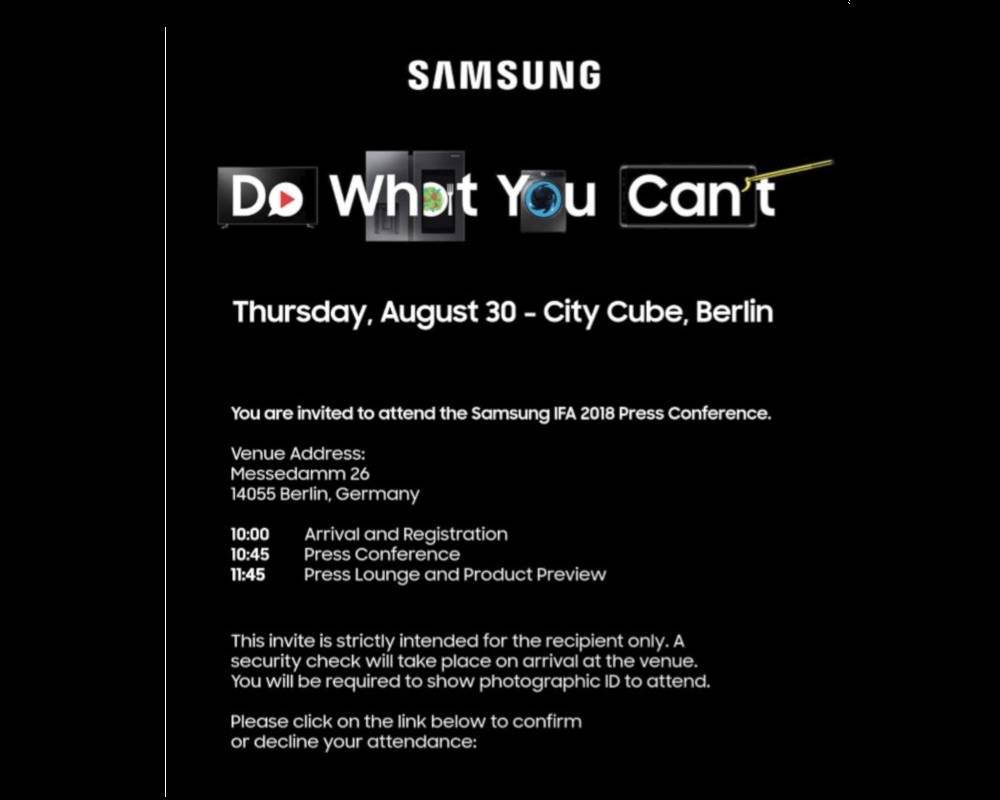 We’ve heard of new related information. For one, Samsung will let consumers pick the color of the S Pen. It comes with a battery that can be charged. A quick 40-second charge will yield 30 minutes worth of power. The S Pen will also have a shutter button that lets you flip camera mode and do other things.

The design of the Note 9 won’t be far from the Note 8 as they will be very similar. The imaging tech is improved with the new camera AI features that include identifying the scene, optimization, and detection of imperfections. With the Samsung DeX, take down notes on your Note 9 while you view something on a display.

Samsung may also release the Galaxy Watch which is basically the Gear S4. Calling the new wearable as Galaxy Watch may mean the South Korean tech giant is serious in streamlining the consumer’s mobile experience.

The Samsung Galaxy Watch will be out in 46mm and 42mm. A new rose gold color will also be available with a 7-day battery. Samsung Pay functions with the NFC Pay. For the health and fitness enthusiasts, this wearable features 40 workout modes compared to just ten on the Gear 3.

Note that the Galaxy Watch may be revealed later on August 30 during the IFA 2018 in Berlin. The Samsung IFA keynote is happening. It’s scheduled already so all we need to do is wait for both August 9 and August 30. Who’s ready to make their August even crazier?