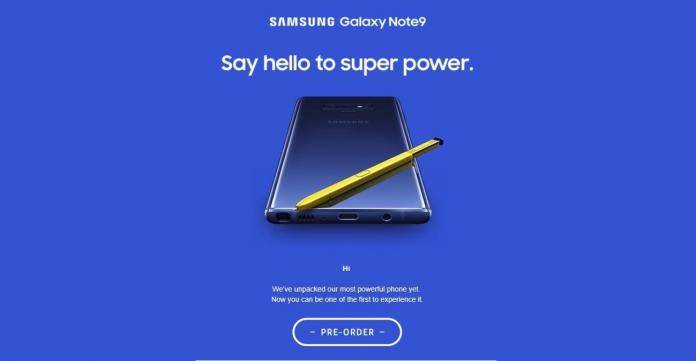 The Samsung Galaxy Note 9 is almost here. In less than a week, we hope to get our hands on one. August 9 is fast approaching. This Summer’s Unpacked event is earlier than usual. We have a feeling there will be a new wave of Galaxy Note 9 leaks that will roll out. We already told you how to sign-up and reserve for one and showed you those Galaxy Note 9 accessories. Earlier, we even saw that post by master-leakster Evan Blass showing the “super power” smartphone.

But what’s more believable than this leak from Samsung itself. The tech company has recently published on YouTube a Samsung Galaxy Note 9 intro video. The video has since been pulled but Samsung New Zealand happened to post another intro video. We’re not sure if it’s one and the same but excitement sure is building up.

Someone inside Samsung may be to blame but it doesn’t matter now. We’ve seen it.

We can confirm the Galaxy Note 9 will come with the new and improved S Pen. We’ve been seeing that yellow or golden S Pen and the blue color version of the Note 9. New information we gathered includes that 512GB variant in some markets that also supports a 512GB microSD card. This means total storage may reach up to 1TB–one terabyte! That is a lot of storage for a mobile device. We’re guessing this will be the 8GB RAM model.