Only a year after the launch of Bixby, Samsung is rolling out a new version. This is anticipated because the first one isn’t completely ready. It’s still not working as expected on some devices and instead of bringing updates, a new version will be appreciated more. We’re certain the South Korean tech giant will roll out Bixby 2.0 on the Galaxy Note and it may arrive with important improvements. One major change is the “Hi Bixby” hotword being removed although this one isn’t confirmed yet.

Getting rid of “Hi Bixby” may be necessary for some people but then again, the Google Assistant and Alexa require a similar voice introduction.

As early as October last year, Samsung officially announced the smarter assistant. Changes are significant and we can expect they will introduce those that may help deliver the mobile industry to a whole new level. The AI isn’t “there” yet but we believe it will be a standard in the coming years as more OEMs are now implementing the feature.

After VR and AR, here’s AI that makes any mobile device smarter. Bixby 2.0 is Samsung’s contribution to the industry. Expect great improvement in AI functions, as well as, recognition rates. Third-party integrations will also be possible to give Samsung phone owners wider reach.

At this point, more than adding new features, Samsung is more focused on service advancement. This means Bixby will be available and can be linked with various services and products, perhaps in the same way Google and Amazon are expanding the reach of their smart assistants.

Samsung already had the S Voice before but others are saying the original Bixby doesn’t even compare. In the next-gen Bixby, we’re expecting AI will be significantly enhanced as a result of Samsung’s research and development team. The AI workforce is also growing and is said to reach a thousand in two years.

We’ve got information Bixby 2.0 will have better speech recognition function and faster recognition rate. It will be focused on customized AI service that is based on big data. In the near future, Samsung will be connecting all of its smart appliances and services and extend it to other ecosystems. This means Bixby will soon be found in more Samsung products as a software development kit (SDK) will also be released.

Bixby working on other devices and with other products and services will happen soon. This makes everything convenient, fast, and really helpful. Samsung will continue to work with some of the best app developers and brands that may incorporate AI into their products. The smart home arena will be invaded by Bixby soon so that your smart TV, air con, washing machine, or refrigerator will respond to voice commands.

Bixby 2.0 will arrive not only with the Galaxy Note 9 but also with a smart speaker. The Bixby Speaker is another one of Samsung next big bets. We shared with you illustrations and we noted how it could posisbility detect humans.

A Bixby speaker is already in the works and it is expected to launch during the second half of 2018. We have limited information but the Samsung AI speaker may be called as ‘MAGBEE’ based on a trademark document registered in Europe. This is the first time we’re hearing about the Magbee AI speaker so let’s wait and see for further leaks, rumors, and speculations before the official launch.

The Samsung AI speaker may be named "MAGBEE" and Samsung has registered a trademark in Europe. pic.twitter.com/Orq2oF9QCa 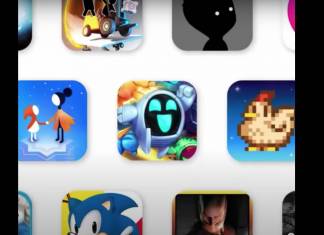