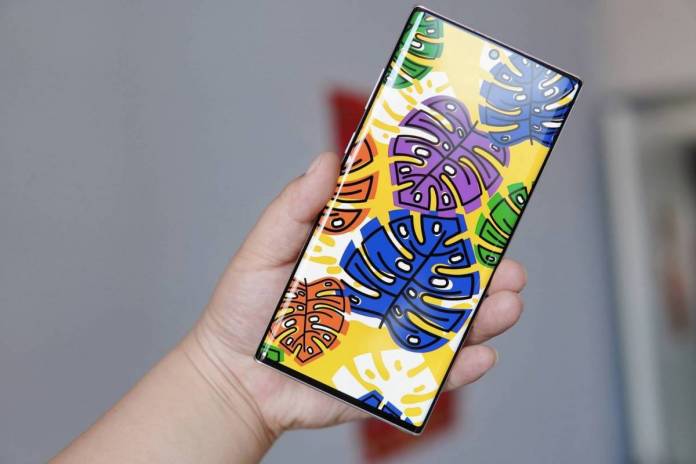 We haven’t started our countdown for the Galaxy Note but we may soon as more details are being shared. Just over the weekend, a Galaxy Note 20+ case surfaced online showing possible design. Galaxy Note 20 Ultra specs were leaked. We learned a new cam function would be ready as well. The Samsung Galaxy Note 20 may only have 60Hz refresh rate and possibly a rounded rectangle shape and a flatter display. We’ll get to confirm everything in August at the online-only Galaxy Unpacked 2020 event.

The Samsung Galaxy Note 20 series with a flatter display is something to look forward to. There’s also the Seamless Display tech. It’s not clear if an Ultra variant may be available since we mentioned earlier it won’t be happening–only a Plus model may be introduced.

Samsung Galaxy Note 20+ camera specs have been leaked on the web. The color options may include a copper option. When it comes to size, early Galaxy Note 20 renders showed a bigger phone. Fans can also anticipate for the periscope camera, 4500mAh battery, a mirrored design, 108MP camera on the Plus variant, and 16GB of RAM and bigger fingerprint reader.

The latest we heard has something to do with the camera. The South Korean tech giant is said to have solved the focusing problems in the Galaxy S20 Ultra. This means the Galaxy Note 20’s camera will have a better camera performance. The 108MP camera of the Galaxy S20 Ultra was said to be slower compared to that Galaxy S20 and S20+. Autofocus performance has been reduced. It’s not certain but it could be because of the dual-pixel phase-detect autofocus.

Ice Universe said the Galaxy Note 20 will have a 108MP camera that can focus just fine. The camera focusing problem has been “completely solved”. The leakster noted too the WQHD + 120Hz may still not be present.

Other important information mentioned: apart from the Galaxy Note 20 series, the Samsung Galaxy Tab S7, Galaxy Fold 2, and the Galaxy Z Flip 5G will use the Snapdragon 865+ processor. That also means 5G connectivity support on all of these models. The Qualcomm process is one option as an Exynos 992 chipset will also be used in some regions.