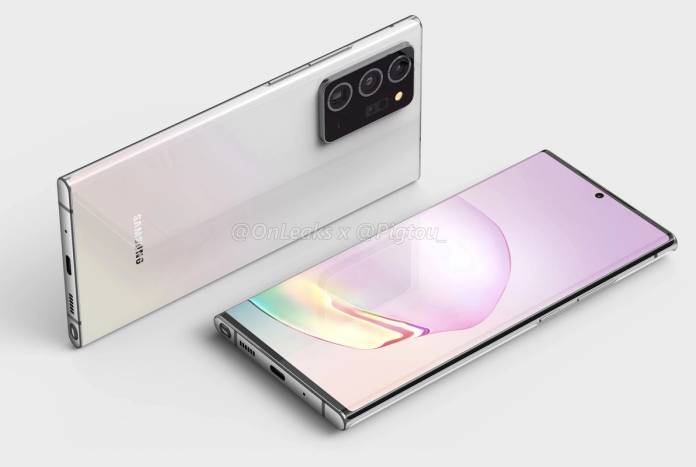 No countdown to the online launch event has started yet but we’re expecting more related information or images will be leaked in the coming weeks and months. The Samsung Galaxy Note 20 series will introduce two new premium flagship phones–the regular Galaxy Note 20 and the Plus variant. There won’t be an Ultra version. Both models have been a favorite subject here. They are already in the works with 5G and 128GB base memory. Early renders and specs were made public. A 360-degree video also surfaced online.

According to our source Ice Universe who shared the information on Weibo, the periscope telephoto lens will be smaller. It won’t reach the 100x zoom function. Max will only be 50x. The laser focus is said to assist HM1 focusing.

Those are the latest Galaxy Note 20+ details we learned. So far, we know about the online-only launch event. The smartphone will probably have a mirrored design, a periscope cam, and a 4500mAh battery. The device will definitely be bigger with a copper color option, 16GB of RAM, and a bigger fingerprint reader.

The Galaxy Note 20 and Galaxy Note 20+ displays will be different from each other. A 4G (non-5G) model will also be available. That’s contrary to previous reports that the phones will only have 5G.