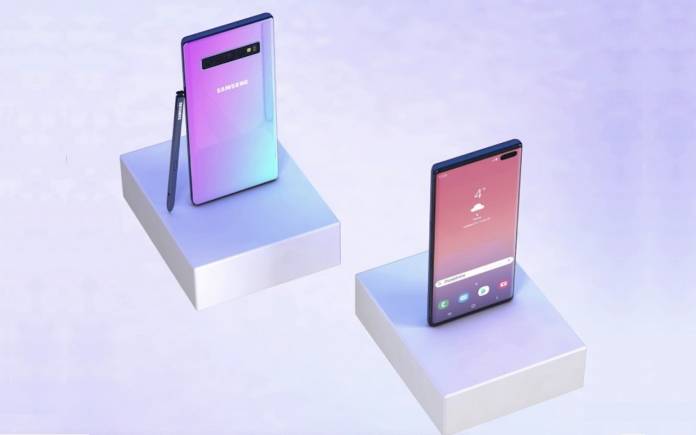 For the first time, the Samsung Galaxy Note series is coming out in two variants. Some people are saying multiple models but there really will be just two. It’s the reason why the idea of a bigger and better screen came about because the South Korean tech giant has been thinking of launching a Note duo. Many things have been said about the Note 10 and Note 10 Pro. They will come with a new Note S Pen camera as a patent was already granted.

The Samsung Galaxy Note 10 is said to implement a quad-camera system which will be an improvement from the S10’s triple rear setup. A premium flagship phone out in two sizes is nothing new. Industry watchers are not just sure if the Note 10 name will still be used because a Samsung Galaxy Note 10.1 Android tablet was released in 2012.

Samsung’s Galaxy Note 10 Pro is rumored to have a fast charging 4500mAh battery with up to 50W super fast charging. It can be assumed the regular Note 10 will have something lower in capacity.

Samsung Galaxy Note 10 image renders are out this early. It won’t use 64MP CMOS yet.

The two formats of the Note 10 can be expected.  One will definitely have 5G connectivity but we’re hoping both of them will have it. When it comes to other specs, we’re looking at a 6.28-inch screen and a 6.75-inch display for the bigger variant.

When it comes to display’s aspect ratio, it will be different from the old Galaxy Note 9. The screen will boast a 19:9 aspect ratio as a result of the almost bezel-less display, thanks to the camera hole that houses the selfie camera.

The 19:9 aspect ratio is the same as that of the Galaxy S10 series. The information has shown up in a benchmark that lists the SM-N976V at the HTML5test site. The said number is believed to be the Samsung Galaxy Note 10 Pro 5G. Further below the page, it lists a 1440 x 3040 pixel resolution.

Looking at the code, we can confirm the ‘V’ means Verizon. It can be assumed this is the Verizon Wireless version. As for the Galaxy Note 10, the smaller variant may also come with the same display resolution.