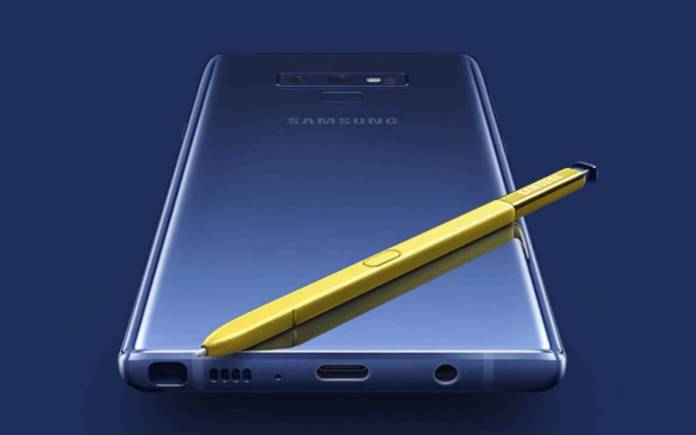 The Samsung Galaxy Note 10 is the South Korean tech giant’s next premium flagship smartphone. It’s another favorite subject among Samsung loyalists and industry watchers because usually, the Note series is a preview of what would be premium phones for the following year. As early as November, we learned the next Note will have a better and bigger screen. It may come with an S Pen camera and may implement a quad-camera system. The smartphone is also said to feature a keyless design.

Samsung may roll out the Galaxy Note 10 in two variants–a regular Note and a Note 10 Pro. Nothing is final yet but we’ve been hearing much information about the upcoming phone like 5G support, 50W fast-charging 4500mAh battery, and 19:9 aspect ratio.

The Samsung Galaxy Note 10 will not use the new 64MP CMOS yet. The 5x zoom camera module Samsung has been working on won’t be implemented as well.

Just the other day, we were shown the rear camera setup although we’re taking things with a grain of salt. Now we’ve got information the Note 10 will not feature a headphone jack. Neither volume or power keys will also be available.

Image renders were out but they were pure speculations. So no headphone jack, no power keys, and no volume buttons? This is the keyless design we’ve been hearing about.

The Note 10 could have these features removed but we’re not sure if the Galaxy S11 will follow the same design. Samsung may need to wait and see for the feedback of the public.

A Galaxy Note phone is experimental in many ways. Removing the headphone jack could be another game-changer but maybe not for the better. But then again, there are many smartphones now that succeed even without the buttons and 3.5mm headphone jack. Let’s just wait and see for the Note 10’s arrival which is happening in a few months.