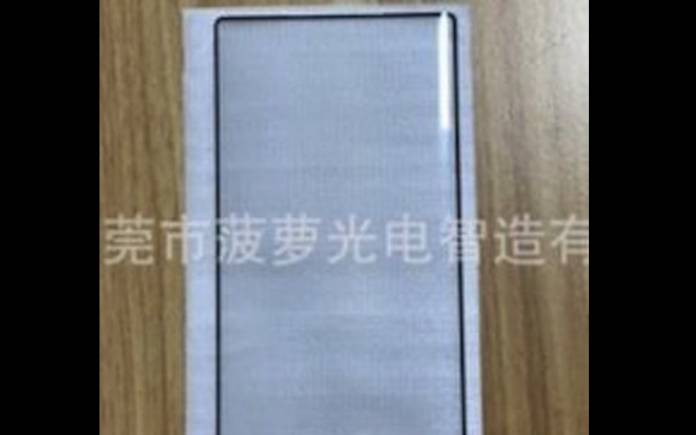 The Samsung Galaxy Note 10 is actively in the works. Oh, we know that for sure after several months of speculations, leaks, and rumors. The Galaxy Note 10 will have a bigger and better screen and will arrive with a new Note S Pen camera. The premium smartphone may also implement a quad-camera system, a keyless design, and may be out in two sizes. The Galaxy Note 10 Pro could be one variant’s final name and it’s expected to be the model with 5G support and a fast-charging 4500mAh battery.

Several image renders of the Samsung Galaxy Note 10 have been released by different sources including a 360-degree video. Those early Note 10 Pro renders showed the quad camera setup sans any headphone jack and buttons. The latest image we have is this protective film sample.

Our favorite Chinese tech leakster Ice universe (@UniverseIce) shared an image of what is said to be a protective film for the upcoming Galaxy Note 10. It shows no notch or camera hole.

The photo doesn’t really say much but it’s only a film similar to when the Galaxy S10 was first spotted. There will be no notch but we can expect a camera hole. 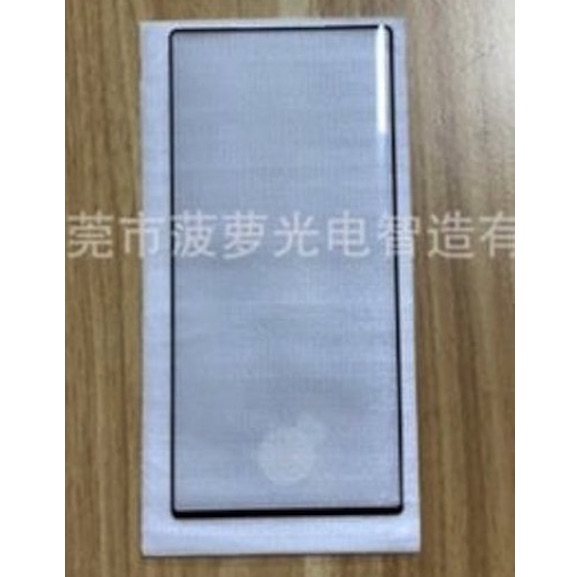 The protective layer doesn’t really need to have a hole because it’s only a film. What we’re more interested in is the fact the display will still be curved a bit. Bezels also appear to be smaller.

Expect more Note 10 details will be revealed. The Note 10 Pro may only have a 25W-charging battery instead of a 45W fast-charging one.

A Galaxy Note 10e may also be released but with a smaller battery. It may also arrive with DeX Live and a 19:9 aspect ratio. When it comes to imaging, the Samsung Galaxy Note 10’s rear camera setup may look different yet advanced with a 5x zoom camera module.