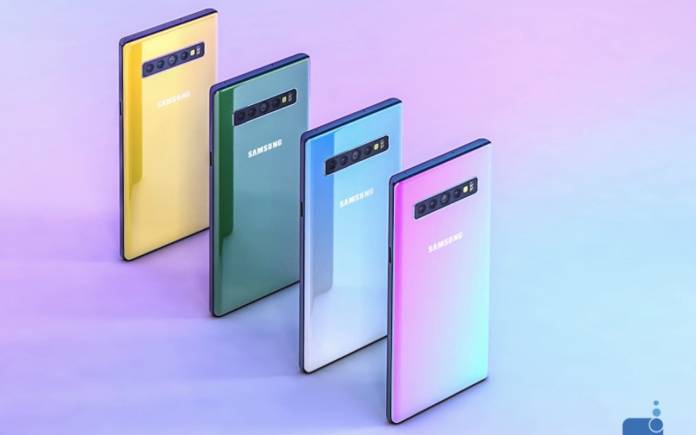 The Samsung Galaxy S10 line is thriving. The arrival of the 5G variant has done well to the company because of the improved specs and features. It’s also the new mobile king on DxOmark although it’s not without any issue. We learned of a burnt Samsung Galaxy S10 5G although that was because of an “external impact”. The phone doesn’t switch to 4G LTE in South Korea but we have a feeling that one can be fixed by the carriers.

While the Samsung Galaxy Fold is still on hold, we can start anticipating for the Galaxy Note 10 due next quarter. The next premium flagship Android phone from the South Korean tech giant has been part of the rumor mill as early as November last year.

The Galaxy Note 10 was noted to have a bigger and better screen. A Galaxy Note S Pen patent was granted. A quad-camera system may be implemented.

Samsung’s Galaxy Note 10 Pro is said to have a fast-charging 4500mAh battery. The Note 10’s camera hole may be smaller but it could be located in the middle.

When it comes to the display, it may feature a display more curved than before according to our favorite Chinese leakster Ice universe (@UniverseIce) who’s been sharing bits about the flagship phone out in the second half of 2019.

The Samsung Galaxy Note 10 has been envisioned in new image renders by PhoneArena. Check out the gallery below:

Our source said the device will feature a “very superb curved design”. It will be “a more aggressive curved display than Note7”. “More than one brand” will be available so we can assume there will really be two variants.