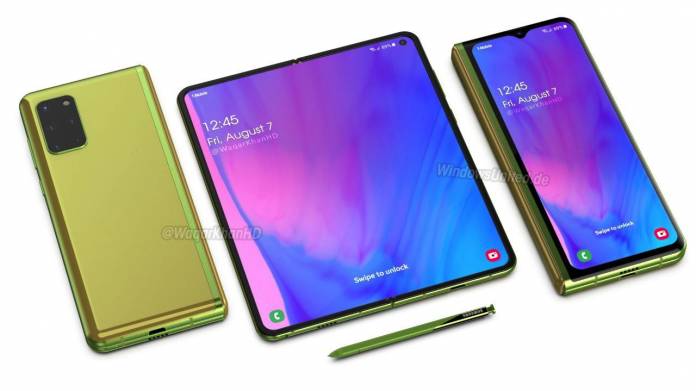 Will the Samsung Galaxy Fold 2 be announced during the Galaxy Unpacked event next month? We’ve been saying it will the past few months already but just the other day, we heard that the foldable phone may not be ready yet. Now a source is saying otherwise, there will be no change in launch date “although may not ship till as late as early October” as per Ross Young. The DSSC executive has been a reliable source of information lately especially if the topic is flagship phones.

Young (@DSCCRoss) said there will be a Galaxy Fold 2 as confirmed by his sources. He also mentioned assemble will begin in September so the market release may really be late. He once again noted the Samsung Galaxy Fold 2 will feature a 7.59-inch screen, not 7.7-inches. This means the display size will have no change at all.

To review, Young previously said the Samsung foldable phone will come with 2213 x 1689 resolution, 372 DPI, and 120Hz refresh rate. As we also featured that the display will be LTPO so it will be more energy-efficient by 15% to 20%. The Samsung Galaxy Fold 2 is also expected to be known officially as the ‘Galaxy Z Fold 2‘.

Other details we’ve mentioned in the past include the device arriving with a 25W fast charger, a punch-hole selfie camera, two batteries with lower capacity, and an Ultra-Thin Glass. The Samsung Galaxy Fold 2 will also be waterproof with an official IP rating. We’re not sure about the S Pen support since we heard it will not have S Pen stylus input. Samsung Galaxy Fold 2 screen, bezel, and hole dimensions have been leaked as well.

We don’t have confirmation about many of these details but we believe the Galaxy Fold 2 will show big improvements over 1st gen. It can definitely help Samsung to bounce back soon together with the Galaxy Note 20 phones and the Galaxy Z Flip 5G.