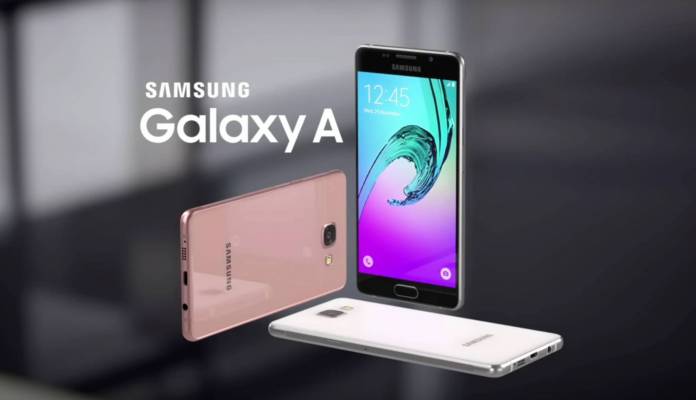 Next to the Galaxy S and Galaxy Note, the Galaxy A is perhaps another best-selling phone series by Samsung. It was introduced early in 2015 when the Galaxy A7 was introduced. The mid-range phone was soon followed by the Galaxy A8 with an impressive 16MP camera. Each year since then, Samsung would release annual editions of some Galaxy A phones. The line has progressed with some models getting premium mobile processors despite being in the mid-range category. The South Korean tech giant is known to market the Galaxy A line aggressively and we understand why it was retained together with the Galaxy M series.

A number of Galaxy A phones have been announced recently. There’s the Galaxy A10s help ushering the public in the Era of Live. The Samsung Galaxy A10e was made available by Boost Mobile. The Galaxy A20e launched with dual rear cam and a smaller screen back in April.

More Galaxy A phones will be unveiled next year. Young tech enthusiast Sudhanshu Ambhore (@Sudhanshu1414) shared a list of the new phones that will be released plus some of their camera specs. 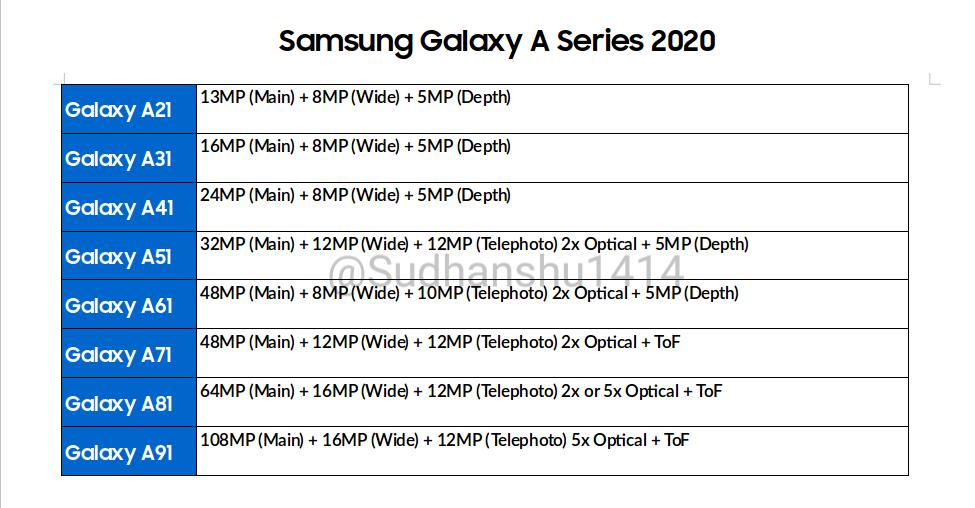 See the key camera specs above. The budget-friendly Galaxy A21 will only feature 13MP + 8MP + 5MP triple rear cameras while the Galaxy A91 will reach 108MP for at least one of the three main shooters. The Galaxy A81 will have 64MP main camera.