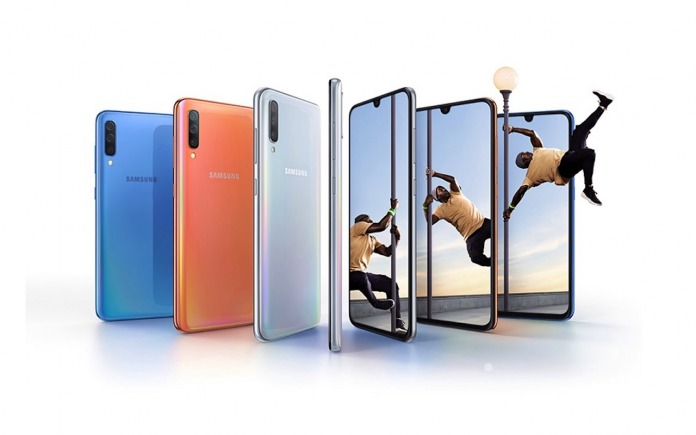 The first time the public heard about the Samsung Galaxy A series was in 2014. Back then, the South Korean tech giant wasn’t serious in the mid-range category because it was all about the premium flagship market. We’ve seen and tried a number of Galaxy A phones but we know more will be made available. The latest one is the Galaxy A70 that lets you to “capture, connect, and conquer”. This device was only mentioned once earlier this month when it was said to be equipped with a 4400mAh battery, same as the Galaxy A90.

The new smartphone boasts a large 6.7-inch Infinity-U edge-to-edge screen with a 20:9 display ratio. It is one huge phone but it still offers an ergonomic, optimal grip as described. It is said to be the biggest in the series but still delivers a very sleek design.

The Galaxy A70 comes equipped with a triple rear camera setup that includes a 32MP super hi-res main lens, 5MP Depth lens, plus an 8MP Ultra Wide Lens. The 32MP selfie camera is impressive. It comes with a Scene Optimizer and Flaw Detection that identifies glitches–helping the consumer achieve the perfect shot always.

The Samsung Galaxy A70 offers a long battery life with its 4500 mAH battery with 25W Super-Fast Charging tech. Just like the latest Galaxy flagship phones, this one features an on-screen fingerprint scanner. Other security features include Samsung Pass and Samsung Knox.

The device is ready in four colors: White, Black, Blue, and Coral. It features One UI which is already based on the latest Android 9 Pie OS. Those popular features like Bixby, Samsung Pay, and Samsung Health are also included.