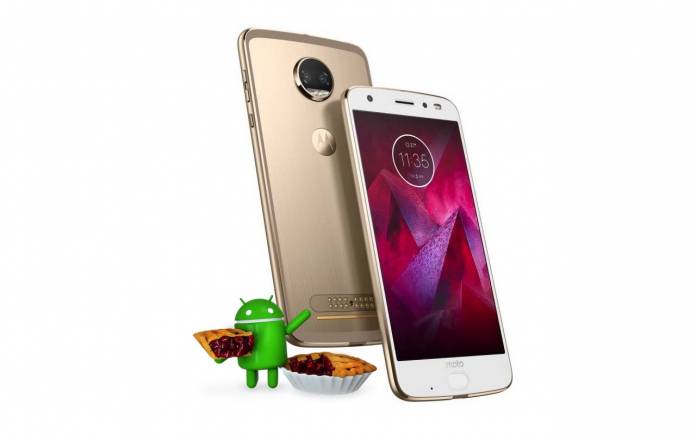 If you own a Moto Z2 Force, apologies but you won’t be getting the latest Android 9 OS update. You will not receive a slice of Pie according to an informal announcement from a Motorola employee who used the Motorola forum to share the not so good news. Moto Z2 Force users have been waiting for this major platform upgrade but to no avail. Motorola has promised two years worth of security updates but sadly, Android 9 won’t be ready in time.

The Motorola forum admin admitted that “delivering any Android upgrade is a complex process”. The exact reasons weren’t mentioned so we’ll just leave it at that. We’re not happy because this means the old phone won’t be able to work with the 5G Moto Mod as it should, at least, for the non-Verizon Moto Z2 Force.

Only those Moto Z2 Force units from Verizon will get the necessary update so that’s a sliver of good news. Motorola doesn’t want this inconvenience to other Z2 Force owners but nothing can still be done especially for those on T-Mobile and AT&T. For this particular phone, Verizon appears to be winning. It’s not the first time actually since there was that Verizon-exclusive Moto GamePad Mod from a couple of years ago.

The Moto Z2 Force is already a two-year-old Android phone. It was launched in 2017 with Snapdragon 835 chipset, a shatterproof display, and dual rear cameras. Its ShatterShield isn’t exactly scratchproof but improvements were delivered. In the US, the phone went up for pre-order and was released via Verizon Wireless.

Remember that Scratch, Burn, Bend Durability Test? The Moto Z2 FORCE is definitely shatterproof as also proven by this video where hundreds of Moto Z2 Force Edition phones were dropped and then survived without shattering. There’s the ‘jelly scrolling’ issue but it’s only minor. A simple software update was enough to fix it. There’s also the peeling off around the corner as well but it’s not a big problem.