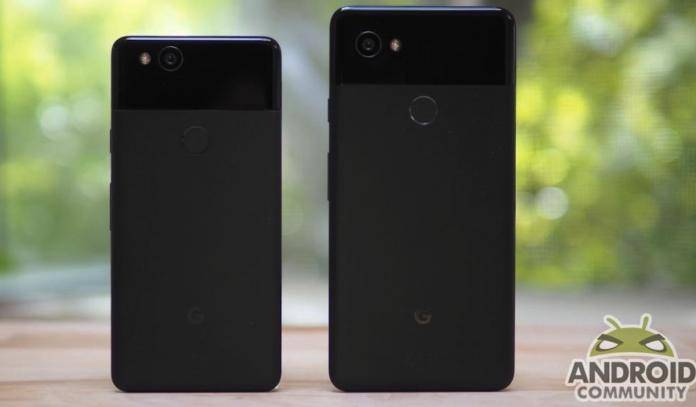 We may not hear from Google officially anytime soon about the upcoming Pixel phones but we know we’ll learn about them from different sources. Leaks, rumors, and speculations are expected in the coming weeks and months until the next-gen Pixel duo is ready. We know the Pixel 3 is now in the works as shown in an AOSP while Pixel 3 XL details were leaked recently. We have a picture of what will be offered. We’re guessing hardware will be manufactured by HTC since the tech giant acquired parts of the Taiwanese tech giant. Google and HTC already worked on several Nexus and Pixel devices so we won’t be surprised if the tech giant will already settle with HTC producing its phones.

The next-gen Pixel phone, especially the larger version, will have a notch which may remind you of the iPhone X but not as wide. The device appears to be taller with smaller bezels. The notch and chin will be there so expect front-facing stereo speakers. The new Pixel is also said to highlight the notch this time especially on the XL variant.

Google is looking into this cutout-notch design trend that the Android P Developer Preview 2 already showed a dual notch option. Some of the information we know about the next Pixel units have yet to be confirmed. We know XL version will have dual selfie cameras that will be placed in the notch area. The main camera at the back will only be single lens (not dual). Google won’t jump on the bandwagon since an optimized software with a single lens can already do that.

The Android OS will be more advanced as it’s already being developed and tested. Expect better artificial intelligence (AI) capabilities. The idea is for the phone to become smarter than ever without any action by the user as much as possible. When it comes to pricing, we’re assuming the Pixel 3 and Pixel 3 XL will still be cheaper than the top-tier iPhone models.

We’re hoping Google will announce the new Pixel phones when they are fully ready and thoroughly tested. We don’t want to hear more complaints once they are released like last year when Pixel 2 phones exhibited a number of issues like headphone adapter not working on some units, random reboots, faint buzzing, ‘Keep WiFi on during sleep’ being wiped out of the device, clicking sound during calls, moving LED lights, installation issues, mic problems, screen flashing, low audio quality in video recording, and the edge not responsive at times.

Google is also believed to be working with LG Display for the Pixel 3. We’re not sure if only the XL or both but at least we know the next-gen Google phone will use the display from LG. It could be either LCD or OLED as distinguished in the past with the introduction of the LG G7 ThinQ (LCD) and the LG V35 ThinQ (OLED).