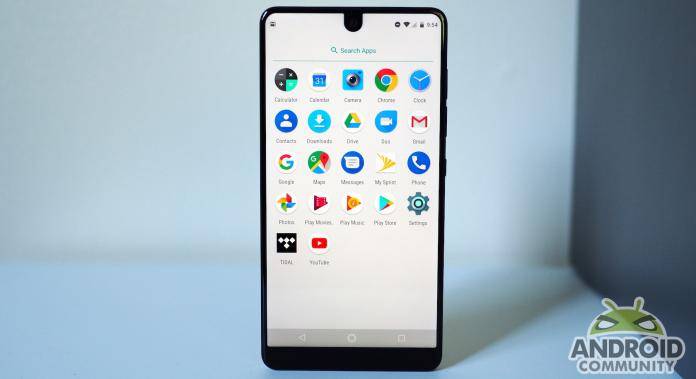 The Essential Phone will be no more. That’s what we’re getting from recent reports that the first flagship device from the company has already sold out. The PH-1 is also being discontinued which means an end of an era that hasn’t even started. This is sad news for fans of Andy Rubin and his startup who had high hopes for the company that had potential. The phone was introduced last year in May after several months of speculations and teasers. Rubin, the father of Android, demoed the smartphone and promised it would ship in 30 days.

The Essential PH-01 missed a deadline and even faced a number of issues like Spigen filing trademark infringement against Essential. Rubin again promised the phone would arrive in a few weeks time and explained the dual real camera technology and tuning phases.

We noted how the navigation and status bar is larger than most phones. The company also promised regular monthly updates.

More issues we reported including Essential Phone customers’ information being accidentally sent out to others. The device only sold 5,000 units after three months. Essential was also being sued by an old partner for trade secrets theft.

It seemed Essential Products was beaten up and even after several reports an Essential Phone 2 would be released, the device was then canceled. The phone has already sold out and is being discontinued—officially. You can still Essential Phones in other stores but Essential itself won’t sell new ones.

The Essential team already laid off about a third of its workforce. They won’t be producing more Essential Phones but accessories will still be sold for the existing phone model. Software updates will also roll out.

We’ll just remember Essential Phone’s legacy for being the first one to introduce a phone with a notch. Yes, even before the iPhone X and the LG G7–alongside the Sharp Aquos S2.

Essential will still be in the business though as it is said to focus on a “next mobile product”. We don’t know what device is that. We’re not even sure if it’s a phone but a “mobile product” could mean anything–including a phone so let’s wait and see.

Rei Padla - December 2, 2021
A couple of months ago, we noted the Samsung Galaxy A73 may use a different brand of OLED display. The new Galaxy A phone...