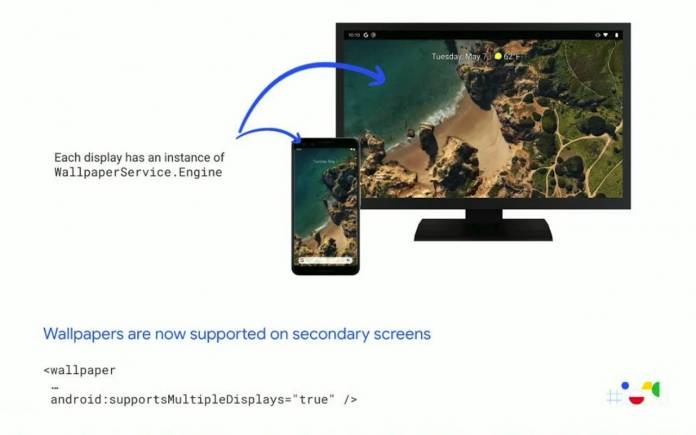 Google is on a roll right now. Actually, the tech giant doesn’t take a rest being one of the biggest tech brands in the world. It is the biggest move in the mobile industry today, having launched the Android platform a decade ago. The mobile OS has become bigger than ever and we don’t think it will end anytime soon. Android will only improve for the better in ways unimaginable. At the moment, we’re focused on Android Q as the next Android dessert.

The Android team has been working on Android Q for quite some time now. It’s on Beta 3 and since last week, we’ve been learning more about Android Q. Android Q Security enhancements were detailed further while OEM gestures may be in conflict with it.

Android Beam may not be ready for Android Q for easy file transfer. This Android Q Beta program is now available on select smartphones, together with Project Mainline delivering newer and more updated mobile OS.

The latest update also has the desktop mode. The tech giant is sharing some information about the feature that allows Android’s expansion from phones to tablets to smartwatches to TVs and now, desktop.

Google has been working on Multi-Resume and Multi-Display for Foldables and other devices. The entrance of the Samsung Galaxy Fold and Huawei Mate X is only the first step but we can expect more related improvements.

The Android development is incorporating the foldable display software and AOSP so future Android versions are strengthened. The desktop mode will become a native feature.

Google hasn’t formally announced the desktop mode but one session at the Google I/O has mentioned it. The session on app development for multi-display and foldables has noted several details.

Developers are provided information on how to prepare apps for future multi-display environments. The “Build Apps for Foldable, Multi-Display, and Large-Screen Devices” session was provided by Software Engineer on the Android Framework Window Manager Team Andrii Kulian. He shared, “Foldable phones may have several screens, but you can also find multi-display in cars, in phones connected to larger screens in desktop mode, in Chrome OS, and so on.”

• the app must support multiple instances for it to support simultaneous use
• multi-resume behavior applies to multi-display scenarios
• check flags, metrics, and the state to find the right display to launch the activity on
• Android Q support for the software keyboard window on the secondary screen
• live wallpapers and wallpapers can be separate on multi-displays
• addition of a new category to the intent filter to provide dedicated activity for secondary displays
• enabling the “force desktop mode” will allow developers to test their apps