In about a week from today, OnePlus will be unveiling the new OnePlus 5. We’ve heard much about the smartphone and we’re excited to know how the phone will surpass the OnePlus 3T. Another teaser has popped up on Weibo and at the same time, we’re seeing the phone listed on the OnePlus website, as well as, on JD.com. Starting today, you can pre-order for the OnePlus 5 on both sites.

Not much information have been posted but perhaps by now, you have an idea about the specs and features of the OnePlus. So far, we know the device will sport a WQHD display, 6GB RAM or 8GB RAM, 1.9GHz octa-core Snapdragon 835 processor, and a fingerprint scanner. The phone will be available in four color variants as earlier teased: Black, Red, Gold, and possibly Gradient Unicorn. OnePlus 5 already runs Android 7.1.1 Nougat.

The OnePlus 5 has recently hit Geekbench as the OnePlus A5000. The June 20 launch date is official and we know the company is getting ready for the curved edges and better audio recording and dual camera setup. 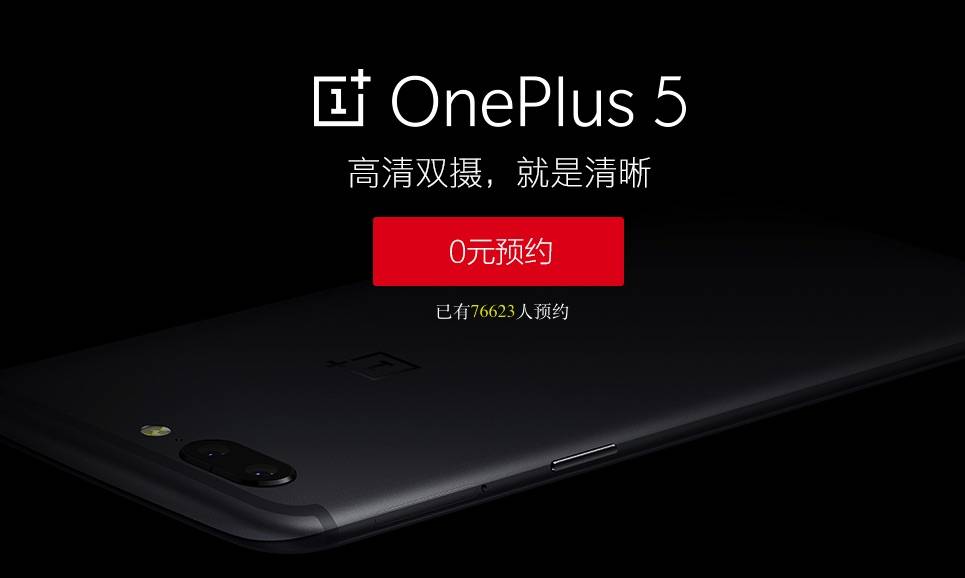 Others are saying that the phone is promising when it comes to mobile photography after seeing some low light image samples and learning that the Chinese OEM teamed up with DxOMark for this device. OnePlus has been busy with the preps for the official launch. It’s also rolling out in India on June 22 as an Amazon Prime Exclusive. Aside from several leaks, OnePlus is also teasing us a bit with OnePlus 5 wallpapers and hyping up its customer service ahead of launch.

You may place your pre-order on JD.com or OnePlus.cn.