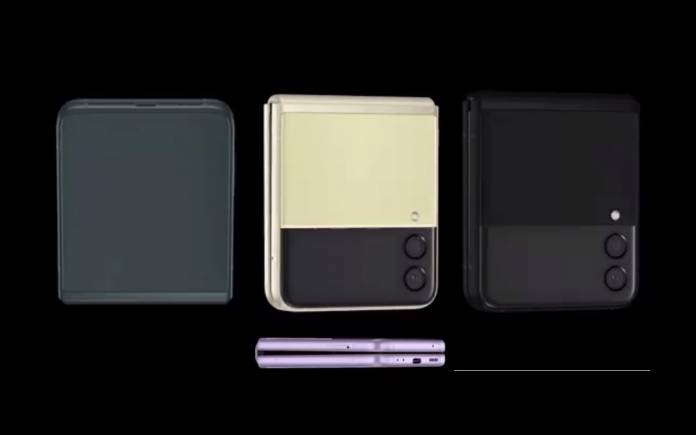 The Samsung Galaxy Z Flip 3 5G will be arriving soon. We are certain the South Korean tech giant will reveal two new foldable smartphones this second half of the year. The next big Galaxy Unpacked event will happen in August. So much has been written about the new Galaxy Z Fold devices. Earlier, we told you Galaxy Z Flip 3 may be more affordable. An LTE-only variant is also wanted. Color options and design have been rendered. New display details have been leaked as well and we can expect more will be revealed.

The foldable clamshell phone will be out soon. It will definitely be more affordable. We can also look forward to a dual camera system and external display. The cover display may possibly be bigger too.

More Samsung Galaxy Z Flip 3 colors will be introduced. That IP rating and Armor Frame may also be a special feature.

Evan Blass (@evleaks) shared GIFs of the Samsung Galaxy Z Flip 3. We are given a glimpse of the foldable phone in different colors and in different angles. Four colors have been showcased: Dark Green, Black, Purple, and Beige (Light Yellow).

We can see the dual camera system on the rear with an LED flash. There is no under display camera as we can still see a punch hole cutout in the middle of the main display. The USB-C port, speaker, and what appears to be microphones are seen on the bottom edge. The top edge also has a small hole which could also be another mic or maybe for the SIM card slot.